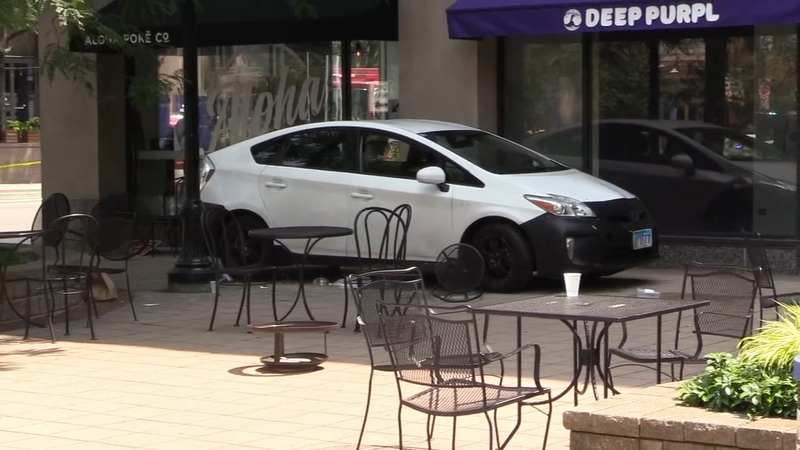 EVANSTON (WLS) -- An out of control car struck two people dining at an outdoor café in Evanston Tuesday morning.

It happened around 11 a.m. near Davis and Orrington, according to Evanston Fire Dept. Battalion Chief Dan Lynch.

"It appears they were sitting there eating lunch and a car somehow lost control and ended up striking two people," said Lynch.

The victims were transported to the hospital. One of them suffered serious injuries, according to the Lynch.

The driver appeared to be uninjured but police are still speaking with her, according to Lynch.

Lynch said the incident could have been much worse since the area is normally crowded with people.

Marilyn Maxen said she was nearby when she saw the car come across the plaza and crash.

"I couldn't tell who the driver was but she seemed okay," said Maxen. "But then I noticed the people on the ground and fortunately, I don't think they're hurt seriously. It's really kind of a little bit of a miracle," said Maxen.