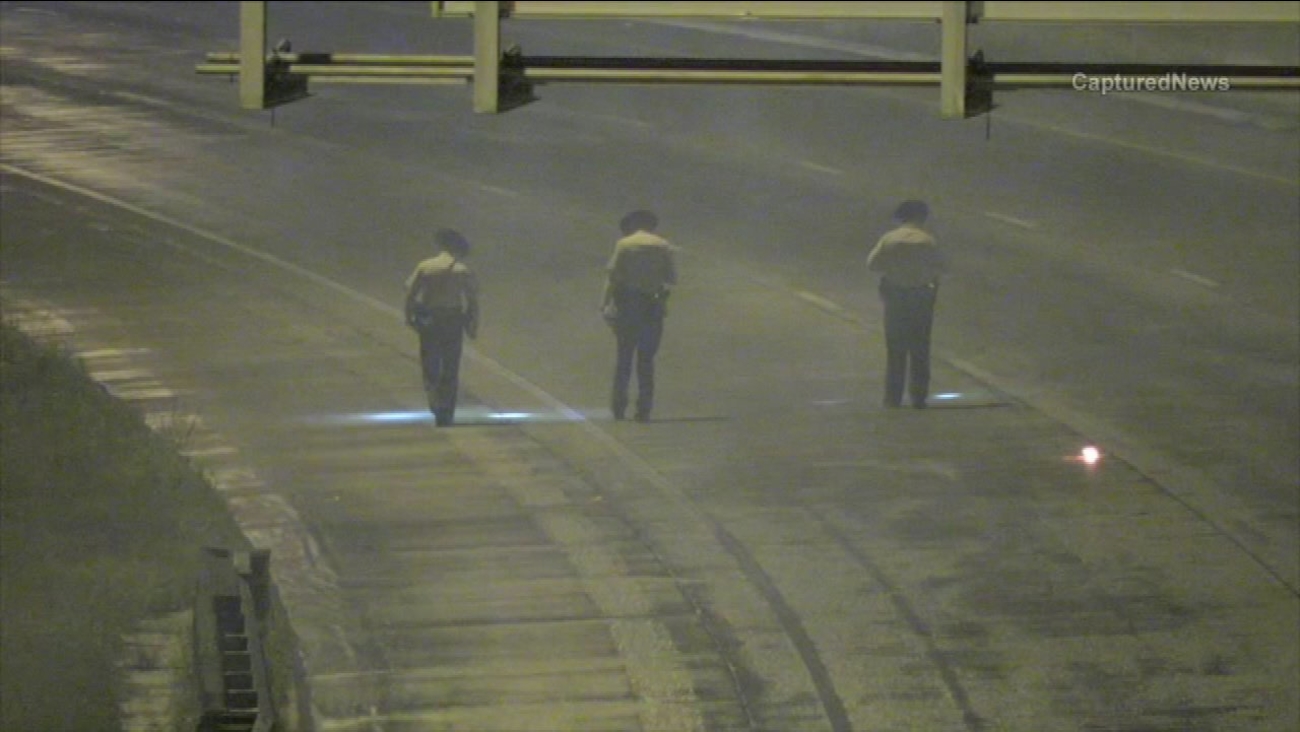 Illinois State Police investigate after a shooting on I-55.

Five people were heading south on I-55 near the I-94 interchange at about 11:50 p.m. when someone opened fire, police said.

One person was shot in the abdomen and leg, another shot in the hand and a third person suffered a graze wound to the neck, police said. Beside the three wounded, two others inside the car were hurt by broken glass.

A shooting was also reported on I-57 Saturday morning near where it meets the Dan Ryan Expressway on the Far South Side.

State troopers closed the interstate to traffic while they investigated. A dark-colored SUV had its windows shot out. State police say nobody was hurt