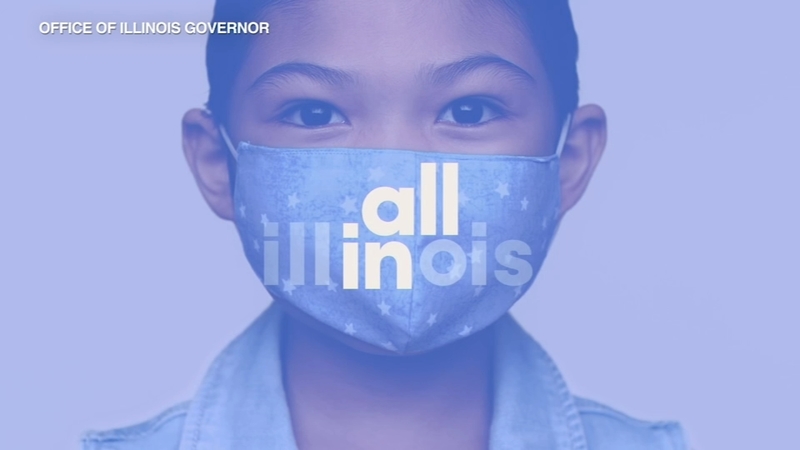 The increase included just under 1,300 new cases and 10 deaths statewide in the last 24 hours.

With COVID-19 cases on the rise in 11 counties, Governor JB Pritzker launched a multi-million dollar ad campaign to encourage people to wear masks.

Pritzker said he was worried that the Illinois is headed in the wrong direction and hoped this new campaign will help the state maintain the progress it has made and prevent the need for new restrictions.

For months the Pritzker has been pushing for people to wear masks and while many people do, there are still plenty who don't when they are out in public.

So today Pritzker launched a $5 million ad campaign to encourage the use of face coverings.

The ads compare wearing a face mask to wearing a seatbelt, or bicycle helmet or a life vest. The $5 million message on masks is simple: it only works if you wear it.

"So always wear a mask when you're out in public to protect yourself and others. Keeping it in your pocket or wearing it just around your neck doesn't work. It's really that simple," Pritzker said.

There has already been pushback to the governor's message.

"I just feel like when you're apart from people already there's no need for it," said Gia Espino.

"I'm working inside and I have to wear a mask all day, so when I'm outside I take it off," said Burke Moser.

The ads will air on TV and social media as well as billboards, and will target those parts of the state where cases of the virus are on the rise.

"The idea here is not to chase people down on the street, and say, you know, 'hey, you're not wearing a mask, and I'm going to throw a ticket at you,'" Governor Pritzker said.

Tommy Scott caught the virus in April and was hospitalized for more than two months. Now home and rehabilitating, he's a big proponent of wearing masks, and hopes people will heed Pritzker's call.

"This is real, this is not no joke, you know they need to wear their mask when they're out in public, everywhere," Scott said.