Victims identified as Shevonsa Kearny, 41 and Latony Wilson, 39 both of Chicago.
WLS
By Maher Kawash 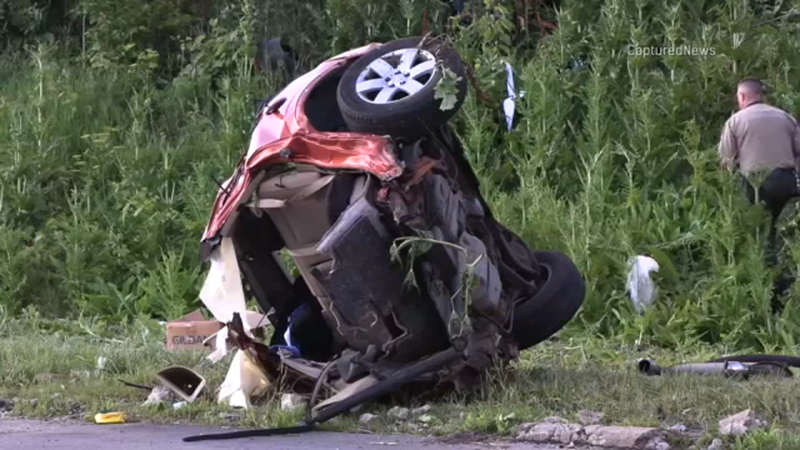 CHICAGO (WLS) -- A man and woman were killed in a single-car crash on the Eisenhower Expressway early Saturday morning, according to Illinois State Police.

The accident happened around 3:22 a.m. westbound on I-290 near Central Ave on the West Side, police said.

The vehicle struck a support beam holding up an overhead road signs and split in half.

The two people inside the vehicle were ejected and died at the scene, according to the ISP accident team..

Police identify the victims as Shevonsa Kearny, 41 and Latony Wilson, 39 both of Chicago.

The westbound lanes of I-290 were closed for about six hours causing bumper to bumper traffic.