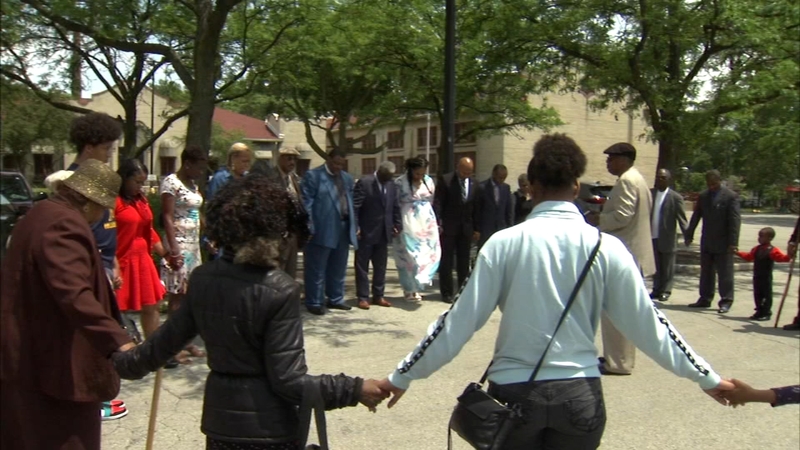 CHICAGO (WLS) -- Chicago police held a vigil to honor all the fathers, grandfathers and father figures who are no longer around to celebrate Father's Day with their loved ones.

"A lot of the names on that wall are dads that left behind families," Father Dan Brandt, a CPD chaplain, said of the names inscribed on CPD's Gold Star Memorial wall.

The special Father's Day mass serves as a stark reminder of the dangers faced on Chicago's streets by police officers and the community at large. Just this weekend, at least 23 people have been victims violence. Four of them have died.

One of those killed is 25-year-old Tyler Bernicky, the son of a Chicago Fire Department lieutenant. Bernicky was found stabbed beside a burning van early Saturday, just steps from a family member's home at 79th Street and Ingleside Avenue. Relatives said Bernicky leaves behind two young children.

A group gathered at Burnside's Tuley Park on Sunday to speak up against violence and call on more fathers to step up to the plate. It's a Father's Day tradition they've upheld for four years now.

"We think it's a critical time for men to stand up," said Eli Washington, with the Chesterfield Community Council. "When men are seen in the community, crime usually goes down. There are positive things men are doing and this is one example of that."