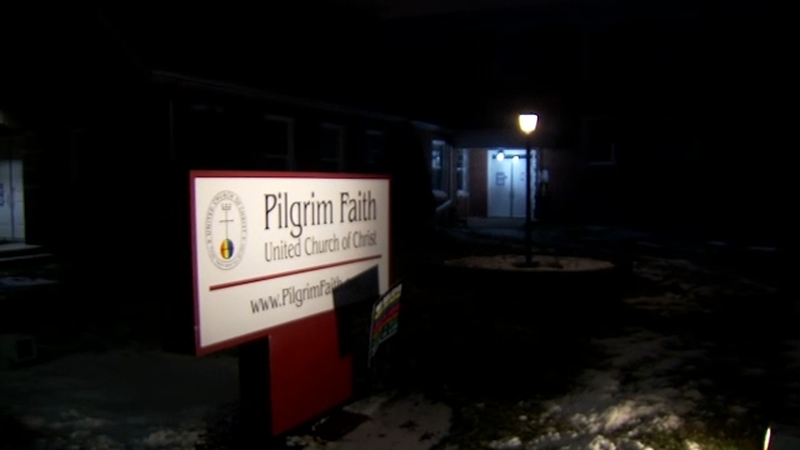 Oak Lawn church closes as a precaution after threats against denomination, FBI warns

CHICAGO (WLS) -- The pastor at Pilgrim Faith United Church of Christ in Chicago's Oak Lawn neighborhood said he's not aware of any specific threat directed at his congregation, but in the wake of last week's Capitol Hill riot, he's not taking chances.

"We have to be diligent and not think that we're ok," said Pastor James Bowman Harris.

Pastor Harris announced Saturday that the church will be closed for the next week after a warning from national leadership.

"Because we are deemed a liberal congregation, a liberal type of denomination and church, that there are threats to other churches, other UCC churches," he said.

The FBI is warning officials in Washington and all 50 state capitals to be ready for possible face offs with violent extremists.

In response to those threats, Oak Lawn police said there are extra patrols who will check on the church.

"It's really scary," said congregant Alyssa Werner. "And it's really sad, but at the same time I feel like we can only go up from here."

Werner said she appreciates the precautions but she's also saddened, knowing damage has already been done.

"Our food pantry, local meetings, a counseling center and so -- by our church being closed down, everybody who utilizes those services will be affected," Werner said.

"Christ would want us to look beyond the color of skin and racial lines, political, and just simply love each other," Pastor Harris added.

The FBI is encouraging threatened houses of worship to reach out.

"Hate crimes remain the highest priority of the FBI's civil rights program due to the devastating impact they have on families and communities. Our citizens have the right to feel safe while they worship this week, next week, and at any time in the future. We encourage any place of worship that experiences threats or intimidation to contact FBI-Chicago immediately at (312)421-6700."