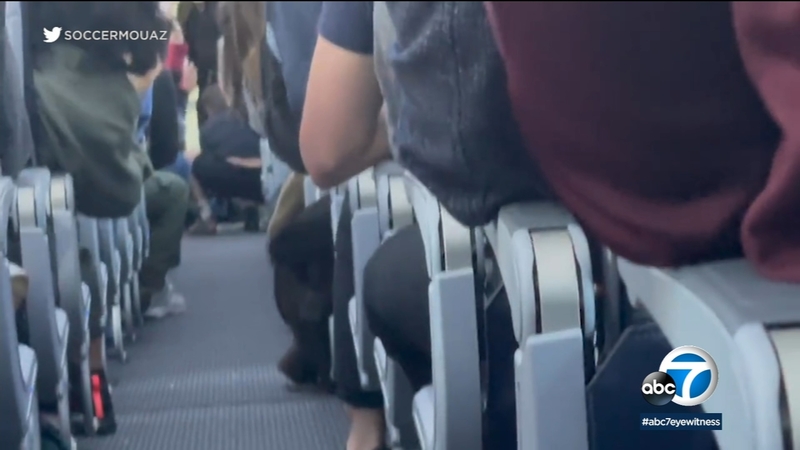 WASHINGTON -- A group of Republican senators is pushing back against an effort supported by some of the airline industry to create a government blacklist of violent and disruptive passengers, CNN reported.

"Creating a federal 'no-fly' list for unruly passengers who are skeptical of this mandate would seemingly equate them to terrorists who seek to actively take the lives of Americans and perpetrate attacks on the homeland," the senators wrote in a letter to Attorney General Merrick Garland dated Monday.

Nearly 500 unruly passenger incidents have been reported in the first six weeks of 2022, Federal Aviation Administration data show, for a total of more than 6,400 since the start of 2021. About two-thirds of the reports this year allege violations of the federal mask mandate. The FAA said Wednesday it has referred a total of 80 incidents to the Justice Department to consider criminal prosecution.

The spike in incidents has airlines calling for a government-coordinated "no-fly list" for passengers who create in-flight disturbances. Proponents say it would be separate from the existing government-run list that is part of the FBI's Terrorist Screening Database.

Airlines may ban an unruly passenger from their own flights, but competition rules mean that information is not shared with other carriers. CNN broke news of the industry's ask to the government in September, and Delta Air Lines renewed the request this month in a letter to the Justice Department.

The Senate group says they "strongly condemn" the violence, but urge the Justice Department to reject the request.

"The creation of this list by DOJ would result in a severe restriction on the ability of citizens to fully exercise their constitutional right to engage in interstate transportation," they wrote, and said the matter should be decided by Congress.

A major flight attendant group responded sharply to the letter. Sara Nelson, the president of the Association of Flight Attendants, called it "irresponsible and political brinkmanship that puts our economic security at risk right along with our lives."

"We've been punched, kicked, spit on, and sexually assaulted," Nelson wrote. "We urge the FAA, TSA, and DOJ to come together to implement a plan with due process to keep dangerous flyers on the ground."

CNN has reached out to the Justice Department for comment.

Transportation Secretary Pete Buttigieg suggested to CNN's Dana Bash last fall that a federal no-fly list for violent airplane passengers "should be on the table," and he told CNN last week that federal authorities were still "looking at" such policy recommendations.

But, he acknowledged, "there are enormous implications in terms of civil liberties, in terms of how you administer something like that. I mean, even when it was over terrorism, it was not a simple thing to set up."

There have been multiple in-flight disruptions in recent days. Two passengers were charged this week with interfering with flight crew members after attempting to open aircraft exits in flight. In one of those incidents, four passengers helped American Airlines crewmembers subdue a passenger armed with plastic utensils and a wine bottle who was pulling on a door handle.

Buttigieg declined in a recent CNN interview to say whether the mask mandate will be allowed to expire in mid-March or whether it might be extended or lifted earlier.

"When we have the guidance saying that is the right thing to do, I will be as relieved as any traveling American that we can move on to the next phase," he said.

Not all cases can be referred for prosecution and many of the cases referred to the FBI for criminal review involve physical assault on crew or passengers, and sexual assault or harassment cases on a passenger or crew, a FAA spokesperson said.

The FAA called the issue a priority and said the agency, along with the FBI, are "continuing to work together so unruly passengers face criminal prosecution when warranted." The Transportation Security Administration is also revoking expedited screening privileges through the PreCheck program in some cases, the agencies said.