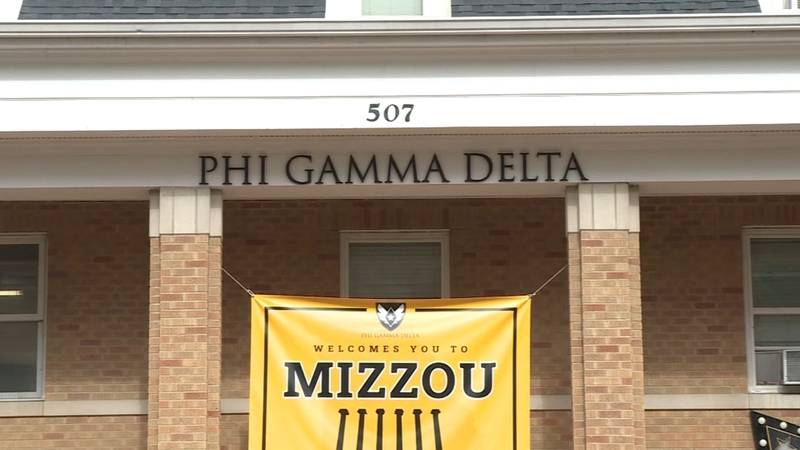 COLUMBIA, Mo. -- Phi Gamma Delta is facing two investigations -- one with the Missouri University Police Department for criminal charges and the other with the University of Missouri's accountability office for conduct violations after a freshman was hospitalized with alcohol poisoning.

"We decided in tandem to put a halt on all fraternity activity, so that we can review the practices and the policies that are in place to ensure safety for all of those activities," said MU spokesperson Christian Basi.

On Thursday, students walked past the chapter house, where a student-led protest took place the night before. Students protested the fraternity's actions from Wednesday and other violations from earlier in the year.

"The fact that this has happened like multiple times and not just here, it's just there's been multiple marches, protests, it's just ridiculous," MU student Lauren Draney said. "Something needs to change and the things that they're doing to try and change it is not working."

This isn't the first violation Phi Gamma Delta has with the university. But it is the first time university officials have taken action against all MU fraternities following one incident.

"Whenever we have a situation where we feel that a student's health and well-being is threatened, we're going to take action immediately, and we've done that here," Basi said. "In this case we've halted all fraternity activities, we want to take a deeper look into the processes that are set up."