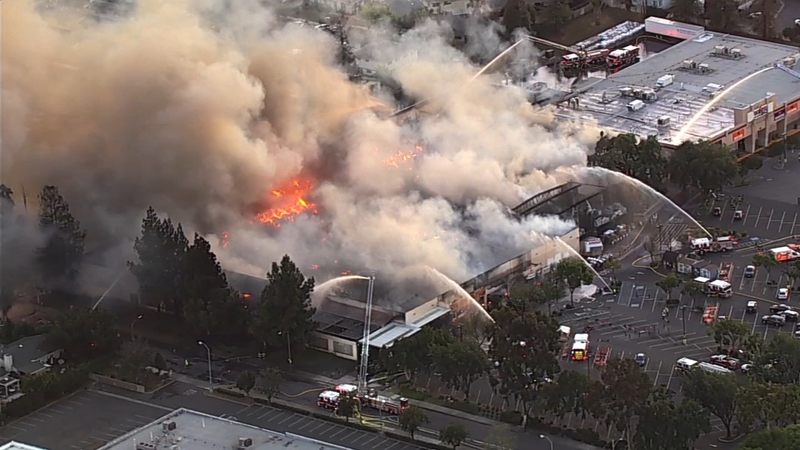 The fire was first reported at around 5:00 p.m. at the store.

No injuries were reported to fire personnel or citizens from the incident, according to San Jose Fire Department.

No injuries reported to fire personnel or citizens at this incident. Fire is under investigation. Fire Investigators from the San Jose Fire Department are on-scene and will continue their investigation throughout the night.

A shelter-in-place remains in order for residents in certain areas due to drift smoke, the department tweeted. They say that the air quality is deemed unhealthy by the hazardous team members, and to be reevaluated in the morning.

Further, a shelter in place is still in order for residents in the El Lisa Drive area, due to drift smoke. San Jose Fire Hazardous Incident Team members deem the air quality “Unhealthy” throughout the night. Air quality will be reevaluated in the morning.

ABC7 News reporter Dustin Dorsey says the thick smoke can be seen from miles away in Santa Clara County. It's even seen from outer space, NWS Bay Area tweeted.

Huge fire at Home Depot in South San Jose. You can see the smoke from miles away. pic.twitter.com/j9Tcg7z6YD

A pet hospital near the area had been evacuated with dozens of pets transported.

As for the cause of the fire- officials say it's likely a long way out from knowing.

UPDATE: Pet hospital has been evacuated. Those looking to reunite with pets should head to Golfland on Winfield. Updates will continue to be posted as they become available.