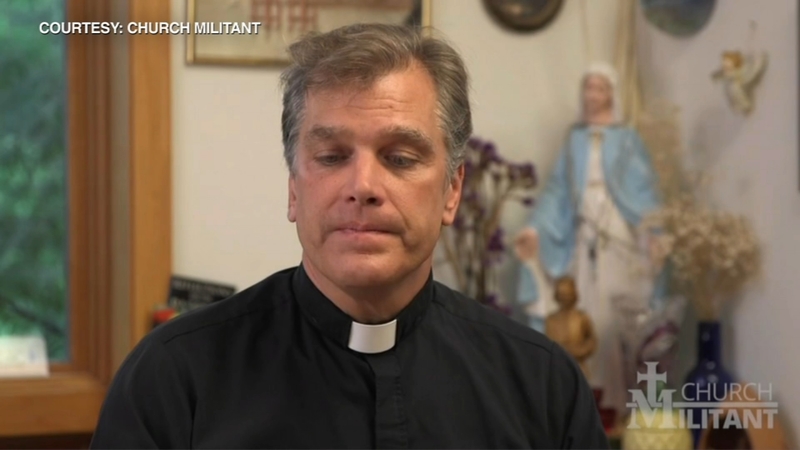 EMBED <>More Videos
CHICAGO (WLS) -- A Chicago priest who was removed from his church after burning a rainbow flag meant to support LGBT parishioners spoke Wednesday about his actions.

Father Paul Kalchik, the pastor of Resurrection Catholic Church in the city's Avondale neighborhood, burned the flag earlier this month, despite being told not to.

"Why should an archbishop tell a faithful group of holy people not to destroy a piece of sacrilegious art?" he said in an interview with the website Church Militant.

The flag Kalchik burned once hung inside the sanctuary of the church. Kalchik called its burning an "exorcism."

Protestors called for Kalchik's removal after he burned the flag.

"To think that this hatred is being spread in our neighborhood is not acceptable, said 33rd Ward Ald. Deb Mell. "It is not ok to demonize a whole community and put out hatred rhetoric to make himself feel better."