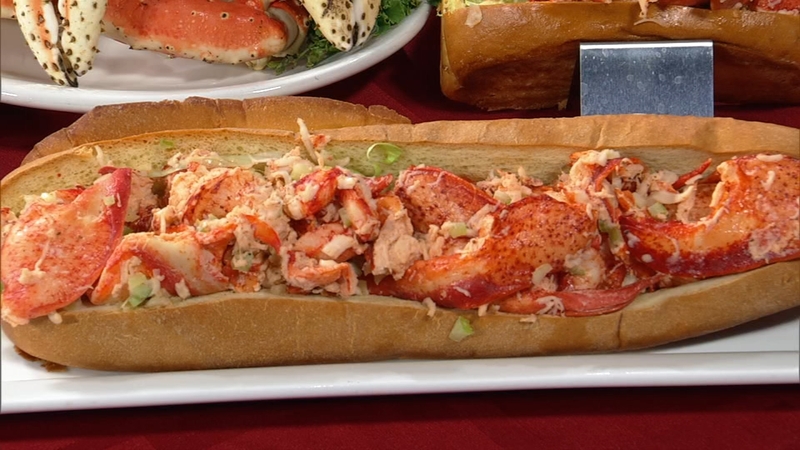 PALOS PARK, Ill. (WLS) -- The southwest suburbs isn't known for having a lot of premium seafood houses, but the Original Island Shrimp House in Palos Park now lays claim to a casual, East Coast-inspired seafood shack where the ingredients are all flown in fresh, and the recipes are made from scratch.

A former patent attorney who is used to travel and high-end eating, owner Tim Keefer has changed the landscape of seafood dining in Palos Park.

However, his restaurant serves a lot more seafood than the name might suggest. The peel-and-eat shrimp at restaurant in a mall parking lot just scratches the surface.

From Maine-inspired lobster rolls to chowder that would make a Bostonian proud, this seafood house has a lot more going for it than its location might indicate.

"We pride ourselves on freshness so we bring in the fresh, the best, only the best of everything. We go super high-end from king crab to scallops you're only gonna find out in New Bedford, Massachusetts, we make tremendous lobster rolls and soups, everything from scratch," Keefer said.

Shrimp is de-veined in-house, then either boiled or fried and served with a choices of sauces. Do try one of their three soups, including a spicy jambalaya, a rich shrimp bisque, with a fortifying stock made in house using shrimp shells, or the excellent, creamy clam chowder.

"We bring 'em in from the East Coast, they come in two or three times a week depending on how much we're gonna make," he said.

Steamed, cleaned and then combined with potatoes, onions, cream and herbs, it's as satisfying as anything you've had in Boston. Simplicity is key, and that mantra applies to giant steamed king crab legs - their buttery-rich, naturally sweet meat an Alaskan indulgence - or the house lobster rolls, which don't get much more than diced celery, Old Bay, some fresh lemon juice and mayo.

"We do things very simply. So the mayo we use, the lobster that we use are all super premium, but they're used in the proper ratios, such that you're tasting the lobster," said Keefer.

Tucked into griddled New England hot dog buns, they also offer The Beast, which is a foot-long option (you might need to bring a friend for this one).

Keefer says he really just wants to keep the items simple. Like fried oysters with a choice of four sauces. They're simultaneously crispy and briny, and will absolutely remind you of a meal you had once on the East Coast.

"Most folks say it's some of the best stuff they've had in the Midwest for sure," he said.

EXTRA COURSE: A look at some of the dessert options at the Original Island Shrimp House, including both key lime and coconut tarts