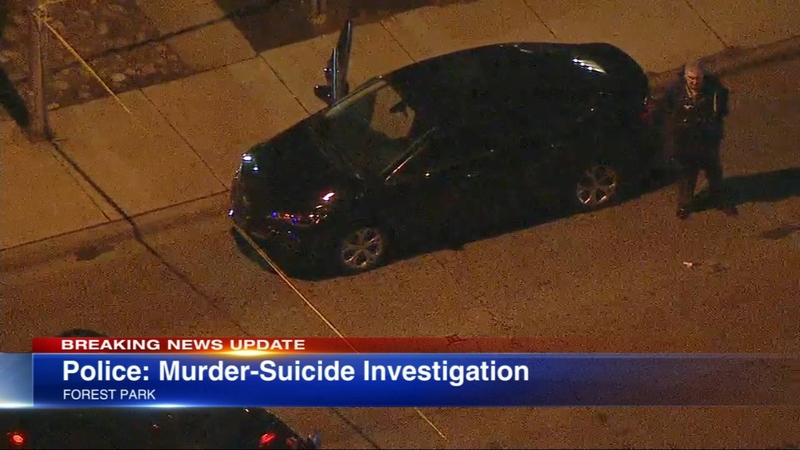 FOREST PARK, Ill. (WLS) -- Two people are dead in a shooting that is being investigated as a murder-suicide in west suburban Forest Park Friday evening, police said.

Forest Park police said they received a call about two bodies in the street in the 1500-block of Harlem Avenue. When officers arrived at the scene, they found two people unresponsive with gunshot wounds.

They were both pronounced dead at the scene, and officers recovered a handgun.

Police said the victims are a man and a woman, and that the shooting appears to have stemmed from a domestic incident.

Police said they are investigating the deaths as a murder-suicide.

No further details have been released. Berwyn police are assisting in the ongoing investigation.