WLS
By Diane Pathieu
A former Northwestern doctoral student who is black has reached a settlement with the city of Evanston after he was beaten and wrongly arrested for stealing a vehicle, attorneys said Sunday.

Lawrence Crosby, 28, was a graduate student in the Northwestern University McCormick School of Engineering when he was stopped by Evanston police while driving his own car to a Northwestern lab to do some work.

Evanston police were responding to a 911 call that a black man wearing a black hoodie appeared to be jimmying the door of a car open, according to attorneys representing Crosby.

Crosby pulled over in the parking lot of St. Mark's Church, got out of the car and put his hands in the air. Multiple officers pointed loaded guns at Crosby and then wrestled him to the ground, punching him at least 10 times. The incident was captured on dashcam video. 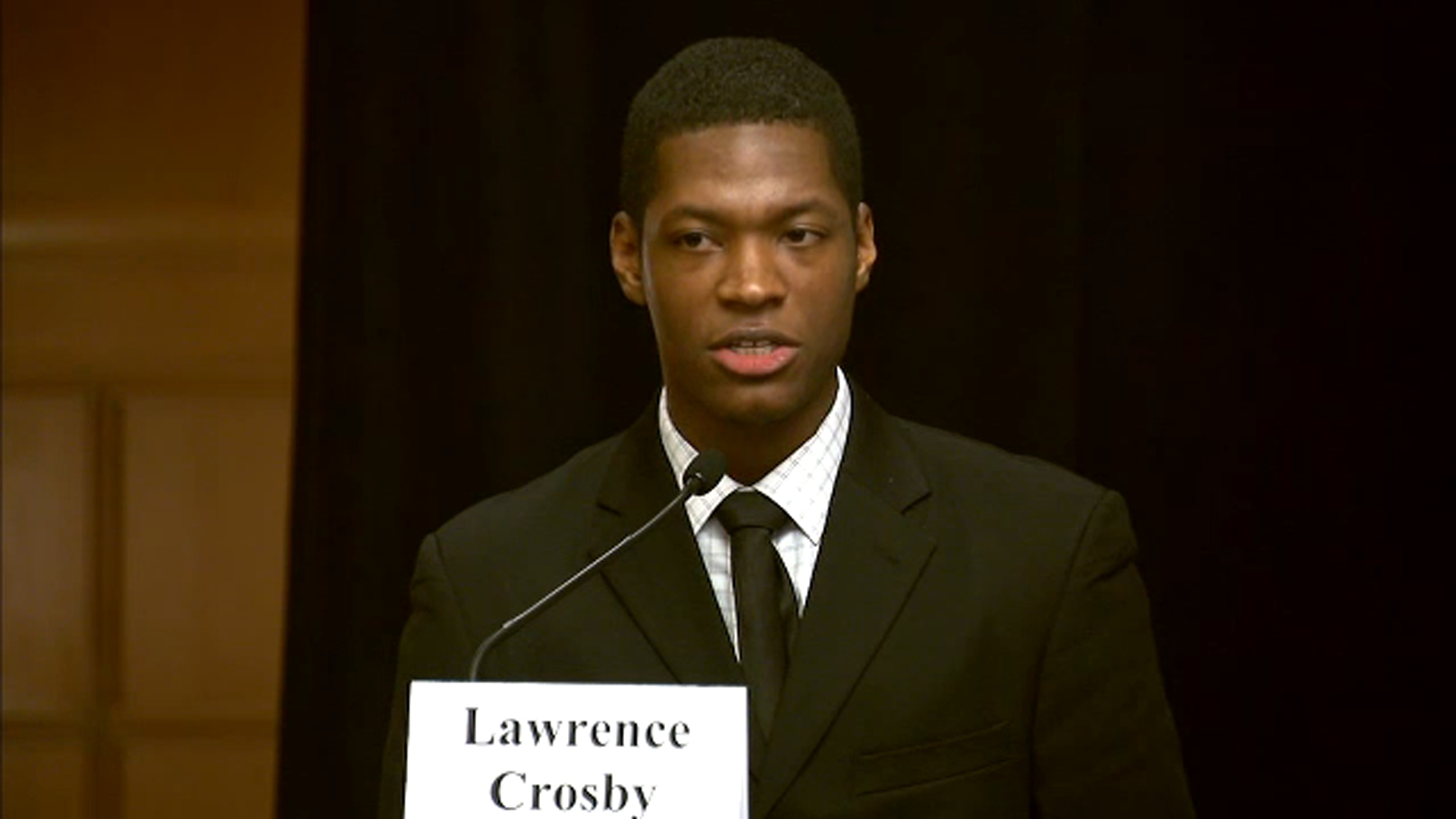 Police dispatchers and responding officers knew that Crosby was the owner of the car before taking him to the police station, interrogating and charging him with disobeying a police officer and resisting arrest, Crosby's attorneys said.

He was later acquitted and then filed a lawsuit.

In a statement, an attorney for the city of Evanston said: "The settlement is a compromise of disputed claims and the parties have not admitted any liability or the validity of any defense in the litigation."

Evanston police said they stand by the officers and say their actions were in compliance with procedures. As far as the punching, one sergeant said that was in an attempt to gain control.

Police said they have revised some policies.

"We've also determined that we will no longer require subjects to be prone during these types of stops," said Sgt. Dennis Leaks, of the Evanston Police Department.

Crosby is launching an initiative at his undergraduate alma mater, Stanford University, to end police mistreatment of people of color.

"I want to take my experience and use it for change," Crosby said.

The settlement, the amount of which was not disclosed, will be voted on by the Evanston City Council on Jan. 28.
Report a correction or typo
Related topics:
evanstonarrestexcessive force
Copyright © 2020 WLS-TV. All Rights Reserved.
More Videos
From CNN Newsource affiliates
TOP STORIES