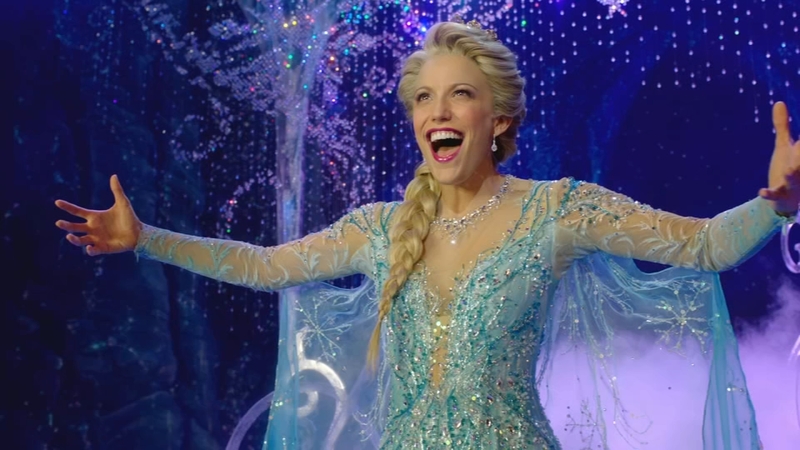 CHICAGO (WLS) -- The curtain comes down on "Frozen" in Chicago this weekend, so it's your last chance to see this musical extravaganza.

ABC7's Hosea Sanders spoke with Caroline Bowman who plays "Elsa" as she gets ready to bid us farewell.

As for the Elsa's theme song, "Let It Go," Bowman said: "It feels like such an important song to sing right now. She steps into her power and starts to own it, when her whole life she's been told that something that's a part of her is not good, it's bad and so many people can relate to that. It's a show all about community and love and a community separated by fear, and then coming back together and deciding to rebuild together. The themes of all of our lives right now, right?"

Austin Colby, Caroline's husband, is also part of the cast.

Bowman actually was involved in the Disney film, too.

"A big fan of the movie and a little secret, I was a part of the movie," she said. "I actually played one of the trolls in the singing troll chorus of the song 'Fixer Upper.' I still watch the movie all the time, all the time."