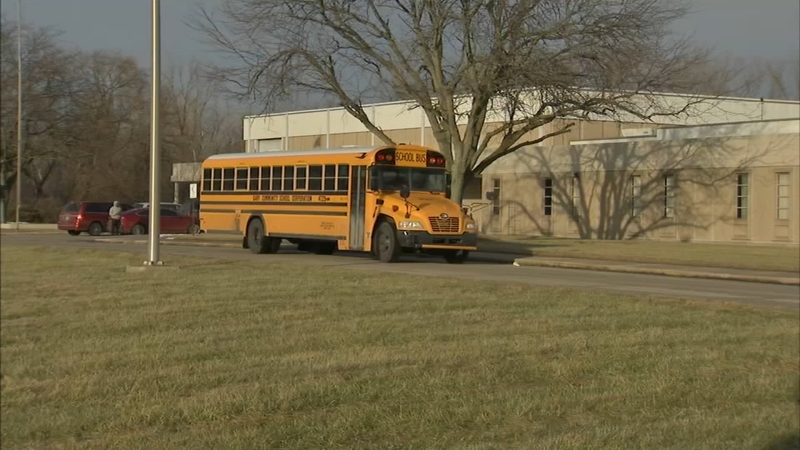 GARY, Ind. (WLS) -- Theodore Roosevelt College & Career Academy High School students are back in school, but it isn't their own.

Students were forced to stay home for two weeks after a busted boiler system left the historic school without heat. Because the problem is still not fixed, the school's 568 students returned to class Thursday by sharing space with the Gary Career Center.

"We really got behind on a lot of work because of this," said senior John McGee. "They are trying to put it together here, but it's going to be a little more difficult trying to mix in with the students here."

While the Gary Community School Corporation owns Roosevelt's old building, Edison Learning operates the school. Dr. Ian Miller, the school's principal, says he had to get kids back in class, even though sharing space is not ideal.

"We had to make a choice and that choice was for us to move here. That is something we are going to continue to work on," he said. "While we are here, though, we know instruction is going to take place. We are getting ready for testing a move forward."

When students will return to Roosevelt is anybody's guess: The school has a history of boiler problems.

"There were days when we were moving to different sections of the building because one time one side will work, one side a different side didn't work," said John May, a 2014 Roosevelt graduate.

Students walked out of class in protest three years ago when burst pipes left them trying to learn in the cold. State money was used to fix the problem, but students are angry it wasn't enough.

"People gave us money to fix the boiler and stuff, but they just patch it up and never fix it," said senior Jerrica Sykes.