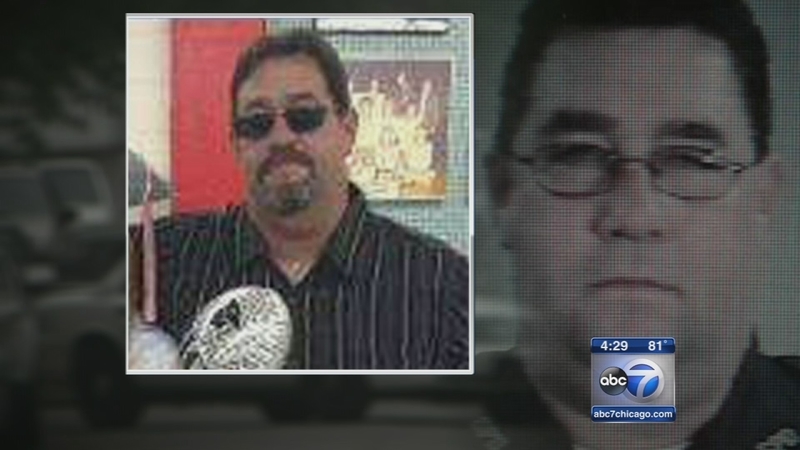 GARY, Ind. (WLS) -- Indiana Governor Mike Pence offered his condolences Tuesday to the family of police officer Jeff Westerfield who was murdered over the weekend.

Gov. Pence and his wife Karen arrived at the Gary police station moments after the fianc and other family members of murdered officer Jeffrey Westerfield. The governor met with them for about 45 minutes, offering comfort and support.

"It's clear to people far beyond the boundaries of Gary, Indiana that Officer Jeff Westerfield was a man of integrity. He was a public servant of the very highest order and he was a beloved figure," said Gov. Pence.

Officer Westerfield's body was discovered in his squad car early Sunday morning. He'd been shot in the head. He'd been responding to a call of shots fired related to a domestic disturbance. Authorities say they are questioning a person of interest from that incident who they believe may be the one who shot the officer.

"We are fairly confident that the person of interest who is in custody is in fact the person who is responsible for this heinous act," said Gary Mayor Karen Freeman-Wilson.

No charges have been filed yet in Westerfield's death yet, but a person of interest is in custody. Gary police said that man is wanted on a warrant from another county, so they can continue their investigation before filing charges. Police have released two other people they had been questioning. However, they say there may have been other people involved.

Visitation for Westerfield will be held on Sunday from 2-8 p.m. at Genesis Convention Center in Gary. Westerfield's funeral will be held at 11 a.m. Monday following a procession.

Indiana Gov. Mike Pence has declared this week an official period of mourning after the loss of three law enforcement officers in the line of duty over eight days.