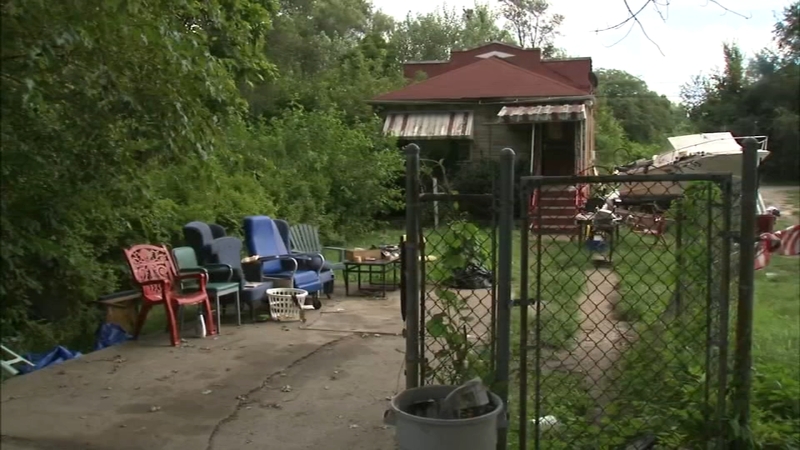 GARY, Ind. (WLS) -- A 2-year-old girl who was shot in the head inside a home in Gary, Ind., has died, authorities said Wednesday.

Two-year-old Jayla Miller was found with a gunshot wound to the head just before 7 p.m. Tuesday night inside a home in the 1700 block of Polk Street in Gary, Indiana.

The little girl was taken to Methodist Hospital Northlake in Gary, where authorities said she was stabilized in critical condition. She was then flown to Comer Children's Hospital at the University of Chicago, where she died.

"I was contacted by the Cook County Medical Examiner's office that she has passed," Hamady said.

Police say the toddler's 22-year-old mother and her 39-year-old boyfriend were at home at the time.

RELATED: Police: 2 year old shot in the head in Gary

They were taken in for questioning last night.

The mother is still being held at the Gary Police Department, the 39-year-old man is now at the Lake County Jail.

Officers say they recovered a handgun from the home.

Investigators are looking into who is responsible for the girl's death.

"We are not too sure. It is either self-inflicted. It's accidental or it is an intentional shooting," the commander said.