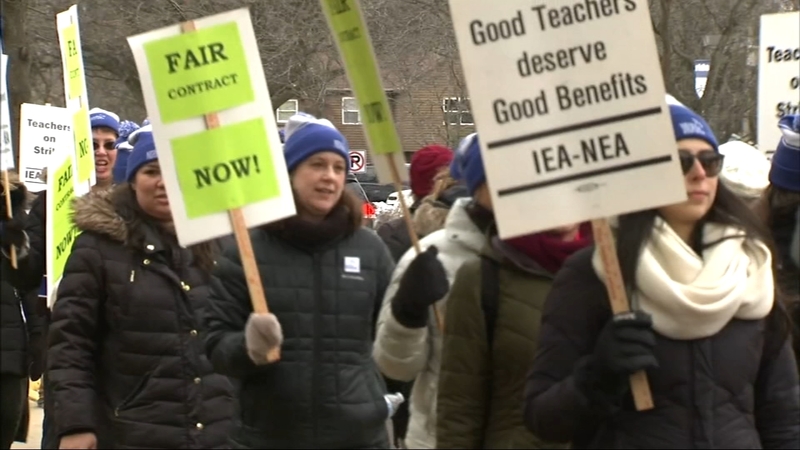 GENEVA, Ill. (WLS) -- Teachers and nearly 6,000 students in Geneva will be back in their classrooms Tuesday morning after the membership approved a deal Monday.

The new 5-year agreement came after a marathon 12 hour negotiation session with a federal mediator. Both sides say the deal was a true compromise, with the teachers in the union getting what they wanted: salaries which will compensate experienced teachers with advance degrees and fair compensation to attract new teachers.

"What we did here was find a model that would allow for the compensation to be good for every part of a teacher's career, so that way we can attract and retain the highest quality teacher," said Kevin Gannon, president of the Geneva Education Association.

While walking off the job was not ideal for educators, the union said it helped them to get a fair contact. In the past, salaries were a major dispute between the two sides.

Now, the parents, the district and the union are just happy it's all over. The union says two-thirds of the 450 members of the union voted in favor of the tentative agreement.