A federal mediator continued to meet late Sunday with representatives from the Geneva teachers union and district officials.

GENEVA, Ill. (WLS) -- Representatives from Geneva School District 304 and the district's teachers union continued to meet late Sunday with a federal mediator in an effort to negotiate a contract.

Both sides last met on Friday for five hours. On Sunday, they met from 3 p.m. to at least 10 p.m. at the district's office.

The teacher's union is demanding a traditional salary model based on experience and education. They say the board is trying to attract new teachers but not trying to retain veteran educators.

"We're underpaid," Kevin Gannon, president of the GEA has said. "We are trying to catch up to Kane County to the average compensation level at all positions throughout a teacher's career."

Negotiations have been going on since February.

About 5,800 students are impacted by the strike. 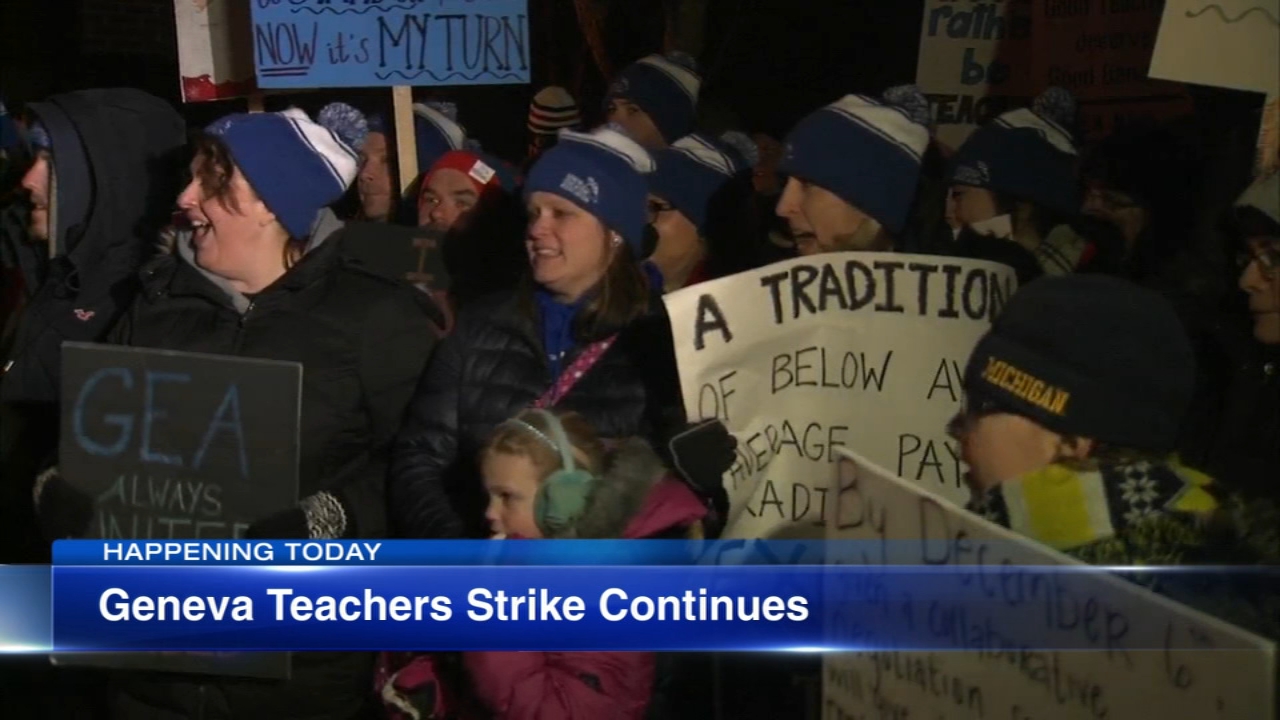 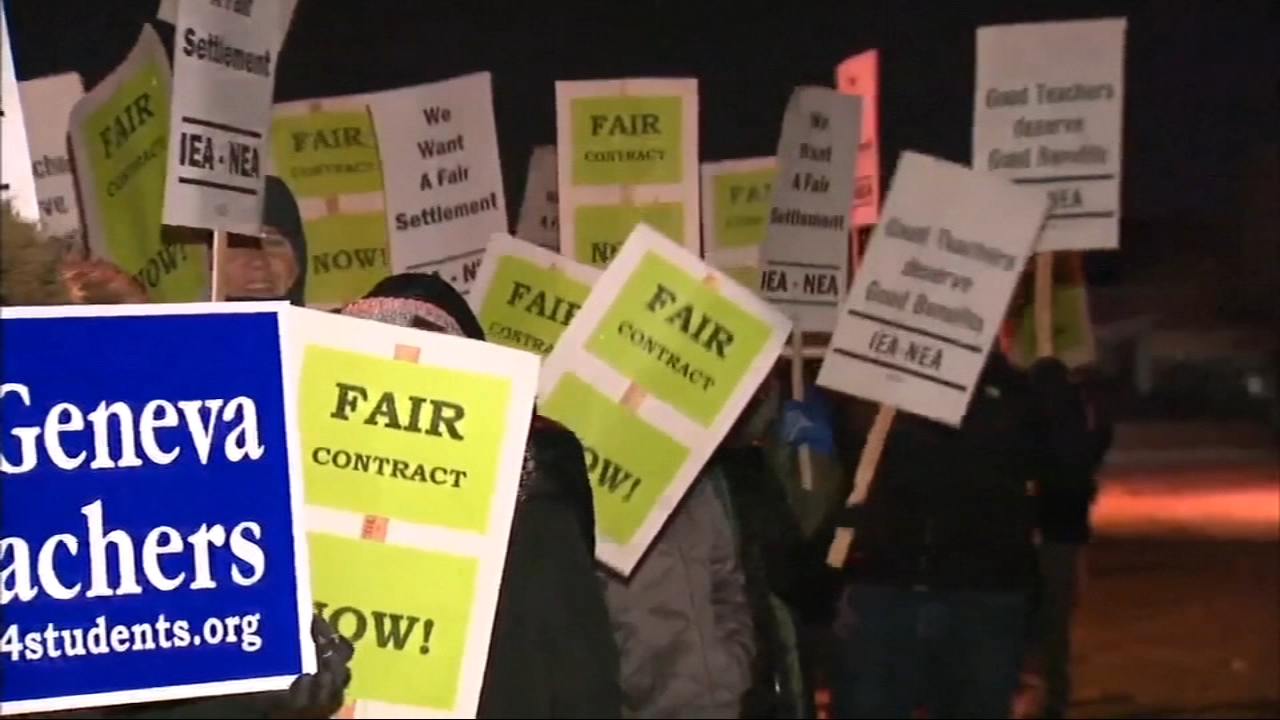