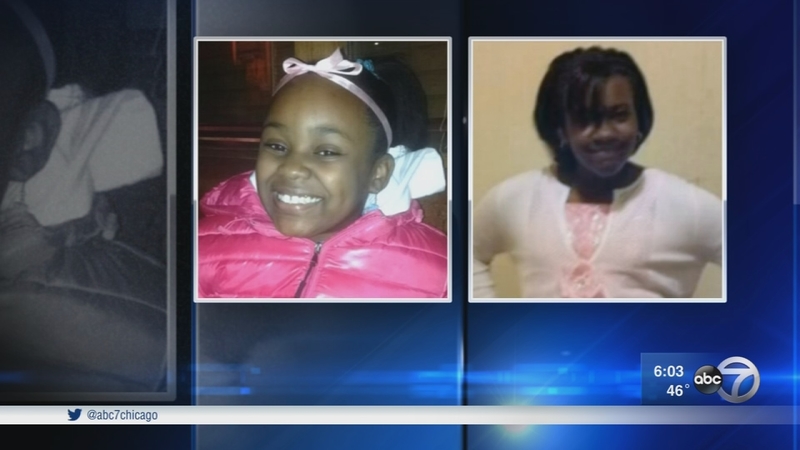 CHICAGO (WLS) -- An 11-year-old girl, who was one of two pre-teen girls shot in the head over the weekend, died Tuesday morning, according to Andrew Holmes, a relative and anti-violence activist.

On Tuesday morning Takiya's family took the little girl off life support. She had been unresponsive since being shot.

Takiya Holmes was shot around 7:40 p.m. Saturday, while sitting in her family's minivan with her mother and younger brother in the 6500-block of South King Drive in the city's Parkway Gardens neighborhood. She was transported to Comer Children's Hospital.

"She's going to be a donor. They made the decision to give her organs...That's the kind of person Takiya was," Patricia Holmes, Takiya's grandmother said.

About 25 minutes earlier, 12-year-old Kanari Gentry-Bowers was struck by a stray bullet while playing basketball outside Henderson Elementary School in the 1900-block of West 57th Street in Chicago's West Englewood neighborhood. She is listed in critical condition at Stroger Hospital.

The school where Kanari was shot is located right in the middle of a turf war involving several gangs on both sides of Garfield Avenue.

Alderman Raymond Lopez, of the 15th Ward, said the shootings were related to a shooting from last summer.

"This actually stems from the shooting at the gas station earlier this summer. And the factions within the blocks are in a full frenzy to kill as many of the opposition as they can," he said.

The incident Lopez referred to involved the man who was shot while on Facebook Live in March, then killed in a separate incident in late October.

"They're not doing anything but holding guns and protecting a city block that's not theirs. You've got to think about what I just said. A city block. Not your block. Not their block. You live in the city. So protect your city," Djuan Donald, the girl's uncle, said.

"Her and this other little girl got shot within 30 minutes of each other. When I found that out, I said, I was sending up prayers for her too. Both of them need prayer," said Patsy Holmes said.

Community members hoped a call for action will help stem the violence. Many gathered Monday night at the scene of the tragic shootings.

The families of both girls demanded justice on Tuesday and pleaded for an end to the violence. A vigil has been planned for Tuesday night in the 6500-block of South King Drive where the shooting took place.