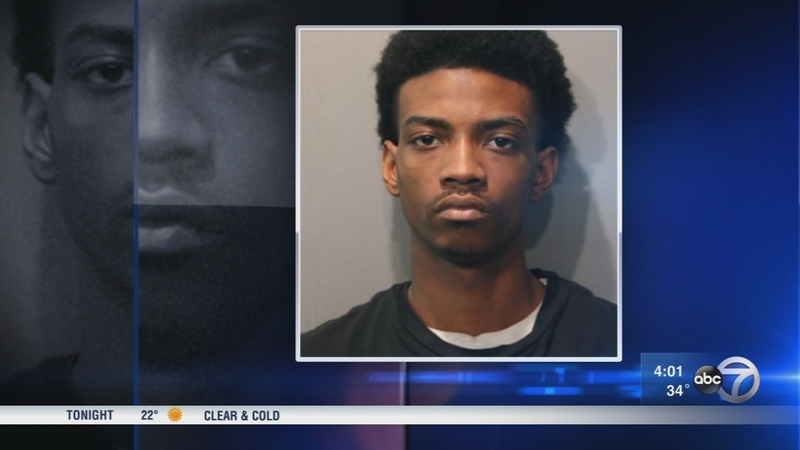 CHICAGO (WLS) -- The 19-year-old charged in the shooting death of 11-year-old Takiya Holmes opened fire because he saw people he didn't think belonged in the neighborhood, police said Wednesday.

Takiya was struck by a stray bullet Saturday night and died Tuesday.

Prosecutors say 19-year-old Antwan Jones was aiming at rival gang members selling marijuana in his neighborhood when 11-year-old Takiya Holmes was hit in the head by a stray bullet.

"He chose to get a handgun and at which point he chose to shoot at these individuals. Obviously we know now that he didn't hit any of them," Commander Brendan Deenihan said.

The girl was in a van Saturday night with other family members at a dry cleaners parking lot in the 6500-block of South King Drive.

"She pulls up in a van, couldn't have been there for more than a minute and this stray bullet strikes her causing her death," Deenihan said.

Police said surveillance video of the incident help them quickly identify witnesses who led them to Antwan Jones. He turned himself in last night.

"Antwan Jones is a 19-year-old who has been known to police for a long time. He was previously identified by CPD to be at a greater risk of becoming a victim or offender of gun violence," Supt. Eddie Johnson said.

Community Activist Andrew Holmes is a relative of the little girl. He and other community leaders are thankful that the code of silence on the streets was broken.

"I said over and over again that it is going to take the community," Holmes said.

Now Jones is locked up, charged with murder. He was ordered held without bond by the judge.

"The way that police broke that case was residents worked with them. You know who's bad in the neighborhood. You don't have to wait 'til something bad happens. The reason the police so quickly solved that case is the neighborhood stood up like a neighborhood," Mayor Rahm Emanuel said.