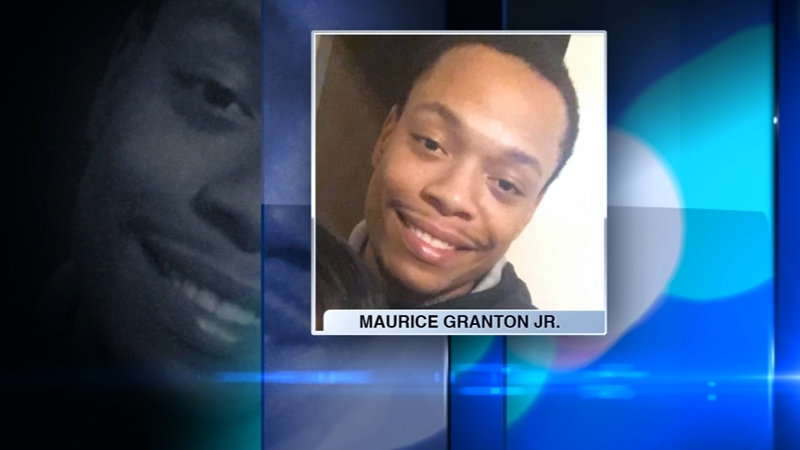 CHICAGO (WLS) -- The family of a man who was shot and killed by Chicago police filed a wrongful death lawsuit Monday.

Maurice Granton, Jr. was shot in the back running from officers in early June. Police said he had a gun and fired first.

The shooting occurred on June 6, but it was after the family viewed video of the incident that the lawsuit was filed on behalf of the estate Maurice Granton, Jr.

Monday morning, Granton's father and the mother of his two daughters stood with attorneys who filed the wrongful death lawsuit against the officer and the city.

"Today I'm seeking justice for my son and all the parents and families. Too many of them across Chicagoland and the country who have to endure the pain of losing a child to unjustified police violence," said Maurice Granton, Sr.

Videos released by the Civilian Office of Police Accountability or COPA last week show some of the angles leading up to the shooting and the shooting itself by a Chicago Police officer. The 24 year old was shot in the back as he climbed a fence.

Last Wednesday, the Civilian Office of Police Accountability or COPA released videos of the incident. The video from a police body camera shows the shooting of Granton as he tries to climb a fence.

In the recently released video, an officer is heard alerting another officer about a gun nearby.

But Granton's family and attorneys contend, Granton did not have anything in his hands and none of the videos show an armed conflict.

The lawsuit was filed against the Chicago Police Officer Sheldon Thrasher and the City of Chicago on behalf of Granton's estate, which includes his girlfriend LaTayshia Shaw and their two baby daughters.

"If he had a gun in his hand and pointed it at a police officer you would know about it. You would have heard about it. We would have been told a lot earlier," said Antonio Romanucci, attorney for LaTayshia Shaw.

"This was not justified use of force. This was a cold-blooded murder. My son was left on the ground like an animal to die," said Granton, Sr.

"Where are the reforms?" said the family's attorney Antonio Romanucci. "It's first about justice, then it does become about the money because that is our system of justice. Where does it stop? And the city hasn't learned where its tipping point is."

A spokesman for the city of Chicago's law department said they have not seen the lawsuit and do not yet have a comment on it. Once served, the city will have 30 days to respond.