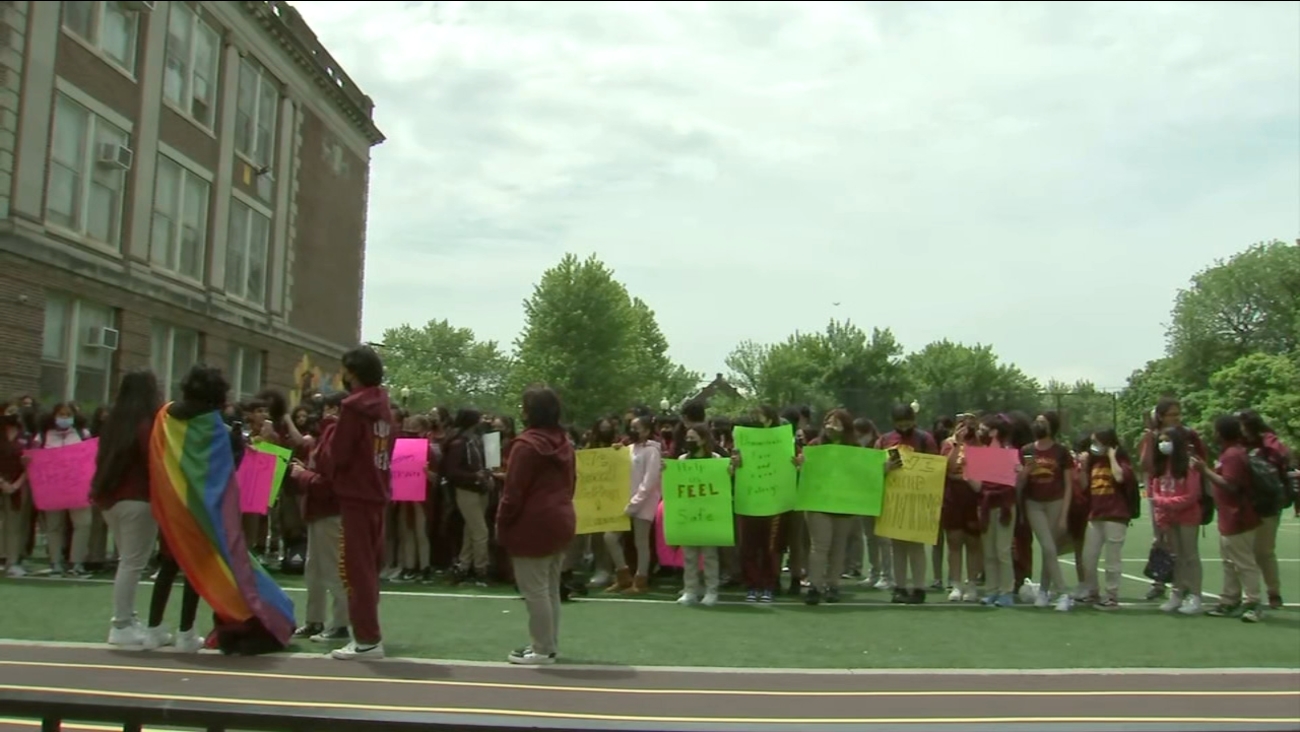 Some students at Gunsaulus Middle School in Brighton Park walked out of class Wednesday to draw attention to safety concerns.

CHICAGO (WLS) -- Some students walked out of class and at least one parent kept their child out of school Wednesday at Gunsaulus Scholastic Academy in Brighton Park after an unnamed student made a threatening drawing.

Some students said they've been afraid to be alone in the hallway or bathroom.

The middle school students staged a rally and march to draw attention to their safety concerns. Chicago Public Schools said about two and a half weeks ago they were made aware of drawing by a student that contained "imagery and statements that were concerning." But an investigation determined there was no threat to the school community.

During the Wednesday walkout students said the incident left them fearful, especially in the wake of the school shooting in Uvalde, Texas. The want more information and more action from administrators.

"It is inappropriate that I have students coming up to me saying I'm too scared to go to the bathroom because of what's going on in the school building," said Natalya De La Torre, student. "Why should we be afraid of going to the bathroom?"

"With you just saying that there was a safety concern. It's dealt with. Everyone's safe. It's not your job to decide whether my child is safe or not. It's your job to give out the information and follow up with the wraparound support services that you say that you have," said Carlil Pittman, parent.

In an email to parents, the school's principal said, "We are aware that this incident has worried students, parents/guardians, and educators alike. We want you to know that we understand your concerns and we have been working with the CPS Office of Safety and Security to ensure that your child continues to be safe."