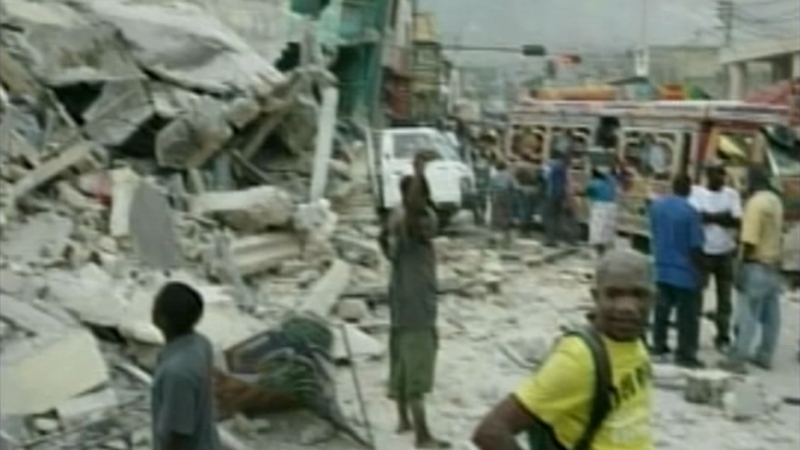 A decade later, Marie and her son Ernst took a moment to look at photos documenting their lives over the years. The Cadet family moved to Evanston from Haiti in the 1970s, but the connection to their homeland is as strong as ever.

"No matter what, your heart is there and its home," Ernst said.

Their hearts have been aching for the last 10 years, ever since the devastating earthquake destroyed most of Haiti's capital of Port Au Prince on January 12, 2010.

At the time of the quake, Marie Cadet and her late husband were in Haiti where they planned to stay for the winter. Fortunately, they were not injured and cut their trip short.

The Cadets have since returned several times, but say they have not seen much progress.

"I hope the country will be back like it was before," Marie said.

That hope, however, is getting harder and harder to hold on to.

More than $10 billion for reconstruction poured in from around the world at the time of the disaster, but because of waste and corruption, there is little to show for it.

Ernst visited five years ago and said his boyhood home was nearly unrecognizable.

"If there's another earthquake, it'll be just as devastating, if not worse," he said.

Still, their love of their country is strong, and that pride was on display over the weekend at the DuSable Museum for an event commemorating the anniversary.