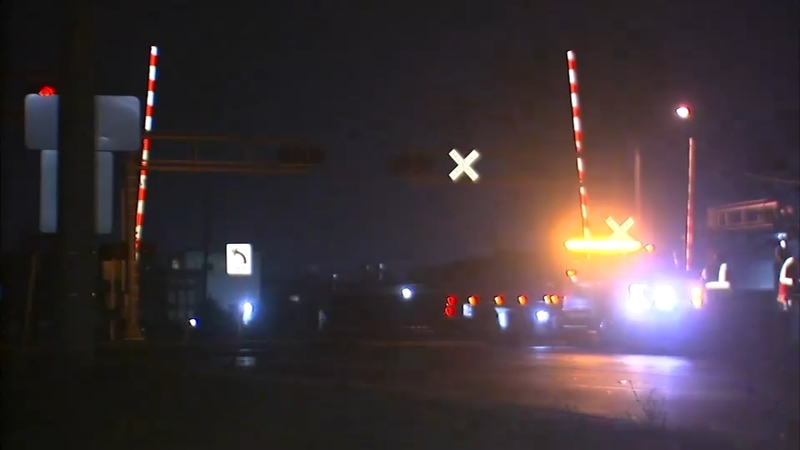 Authorities said around 2 a.m. Wednesday four people were in a 2018 Dodge Durango which struck a moving freight train at the crossing near 155th Street and Halsted.

Security cameras at a nearby business captured the crash. Moments before, you can see the rail crossing lights flashing.

"It went through the gates that were down and functioning properly and hit the train that was going through the intersection at the time," said Jason Baumann, director of communications for the city of Harvey. "The train was almost completely out of the intersection, in fact; the car hit the final car of the train."

The car burst into flames, and four people were confirmed deceased when emergency crews arrived.

"She was my heart. She was my daddy's little girl. I'd do anything for her," said Tyrone Rush, Tieasha's father, through tears.

He said Tieasha worked as a security guard and had an 8-year-old daughter, who he now must tell her mother is gone.

"She just told me this weekend, 'Granddad I'm gonna come up from Atlanta 'cause I want to see if I can see my mommy,' and now look what I got to do," he said.

In a statement, CSX said the car hit the last rail car of the moving train. No one from the train crew was injured.

"CSX extends its deepest sympathies to everyone impacted by this tragic incident, and we will work to support local law enforcement as they investigate. The train consisted of three locomotives and 47 rail cars," CSX said.

Some road closures were in the place in the area, while police investigated.