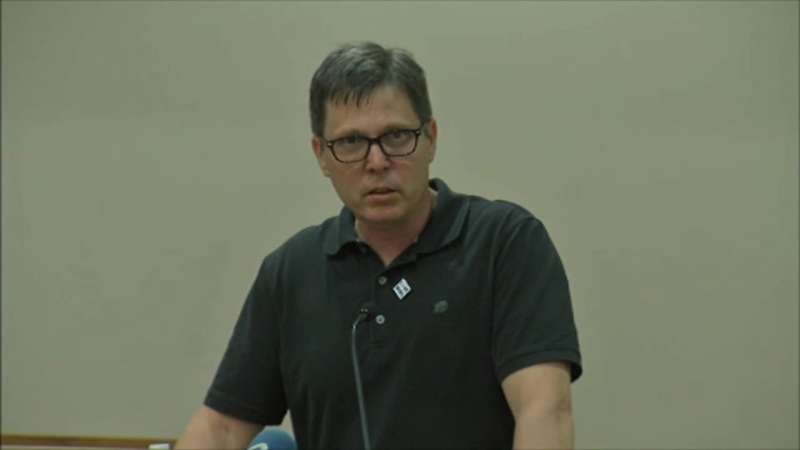 BARRINGTON, Ill. (WLS) -- Police in northwest suburban Barrington are investigating an act of vandalism on an openly gay teenager's home that they said may be a hate crime.

"Suicide is real and tragic. It's not a joke, it affects way too many families and it is truly hateful to wish it upon another individual," Nelles said.

Nelles is outraged over an act of vandalism that occurred on May 31, which police are investigating as a hate crime.

"Several hundred plastic forks were randomly placed throughout my front lawn with a For Sale sign leaned against the tree for visibility from the street," Nelles said. "The sign had an 800 phone number for a suicide prevention hotline with the phrase 'Go f---ing KYS' written underneath."

KYS, Nelles said, is an abbreviation for "kill yourself." He said his daughter was harassed by a student on social media weeks earlier for being lesbian, and believes this attack may be related.

"The words 'Go F---ing KYS' in that barely literate juvenile handwriting will forever remain in my family's life and those coward's actions are likely to fade away to those involved as they continue to live an ignorant and hateful existence," he said.

The Monday night village meeting was packed full of supporters demanding some kind of lasting justice be served.

"If we can maybe change them or create some kind of empathy, I think that's the difference," said Corie Frysztak, volunteer with Humanity Rising.

That the incident occurred on the cusp of the start of Pride Month is not lost on Nelles.