Deadly COVID outbreak at LaSalle Veterans' Home could have been prevented, report But a report found those deaths could have been prevented.

According to a scathing Illinois Department of Human Services Inspector General report released Friday, the lack of COVID plan and failures in leadership contributed towards a big outbreak.

After the first four cases were reported Nov. 1, the virus spread to 60 residents and 43 employees as confused staff operated in an environment that was "inefficient, reactive and chaotic," the report said.

"We all needed to know what went wrong here, and I asked for this investigation so that we would all know what happened," said Governor JB Pritzker.

The report said one of the biggest failures started at the top. The investigation accuses Pritzker's appointed then-VA Director Linda Chapa La Via of abdicating her responsibilities and leaving the direction to a non-medical chief of staff.

Friday, the Governor said he hired Chapa La Via because she led the investigation into the Quincy Veterans Home Legionnaires outbreak a few years ago.

"She seemed like an ideal person to be able to root out the problems in our veterans' homes, but I have to admit, if I knew then what I know now I would not have hired her," Pritzker said.

The families of at least five dead military veterans are planning to sue Illinois officials after a COVID-19 outbreak in a state-run nursing center in LaSalle.

State Republicans were quick to blame the Pritzker administration for taking a backseat approach. State Senator Sue Rezin said it took the administration 12 days after the outbreak to do an onsite visit.

The Governor's office said it has taken steps to make changes, including hiring Navy veteran Terry Prince as the acting VA Director to replace Chapa LaVia.

"We have some work to do, we have a lot of training that needs to be done, we need to ensure that our team have tools necessary to achieve their mission," said Prince.

A statement by the attorney representing families of victims reads in part, "The report only confirms our worst suspicions that the deaths of our nation veterans was preventable. The families feel overwhelming anger along with deep sorrow and sadness."
Report a correction or typo
Related topics:
health & fitnesslasalle countyspringfieldnursing homejb pritzkercoronavirusveteranscoronavirus illinoiscoronavirus outbreakcoronavirus pandemiccovid 19 pandemiccovid 19 outbreakcovid 19
Copyright © 2021 WLS-TV. All Rights Reserved.
CORONAVIRUS ILLINOIS 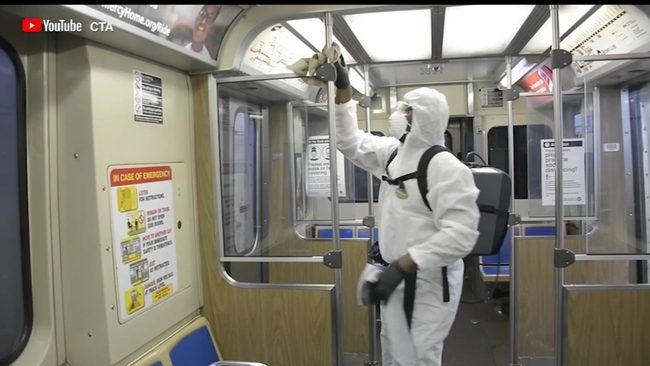