Fauci: Evidence says coronavirus 'could not have been artificially or deliberately manipulated' in lab

WLS
WASHINGTON -- Dr. Anthony Fauci is refuting an unsubstantiated theory linking the origin of the novel coronavirus outbreak to a possible accident at a Chinese virology laboratory.

In a wide-ranging interview with National Geographic published Monday, Fauci said: "If you look at the evolution of the virus in bats, and what's out there now is very, very strongly leaning toward this [virus] could not have been artificially or deliberately manipulated-the way the mutations have naturally evolved. A number of very qualified evolutionary biologists have said that everything about the stepwise evolution over time strongly indicates that it evolved in nature and then jumped species."

Subsequently asked about the possibility of a virus originally from the wild escaping from a lab, Fauci continued: "But that means it was in the wild to begin with. That's why I don't get what they're talking about [and] why I don't spend a lot of time going in on this circular argument."

President Donald Trump and allies have both repeated and expressed confidence in the theory. Trump, aides say, has embraced the notion to further highlight China's lack of transparency.

U.S. intelligence officials say they are still exploring the subject and describe the evidence as purely circumstantial, and Fauci and other health officials are dubious.

"From our perspective, this remains speculative," World Health Organization emergencies chief Dr. Michael Ryan told the Associated Press of the lab theory. "But like any evidence-based organization, we would be very willing to receive any information that purports to the origin of the virus."

The institute, which is run by the Chinese Academy of Sciences, is about 8 miles from a market that is considered a possible source for the virus. It has done groundbreaking research tracing the likely origins of the SARS virus, finding new bat viruses and discovering how they could jump to people.

Asked about the possibility of a second wave of coronavirus cases in the United States, Fauci warned National Geographic that he doesn't think "there's a chance that this virus is just going to disappear" and urged government officials to take the next few months "to prepare, by making sure our health system is adequately supplied with ventilators, ICU beds, personal protective equipment, etcetera."

"Shame on us if we don't have enough tests by the time this so-called return might occur in the fall and winter," he said. At least 5 of VP Pence's aides test positive for coronavirus 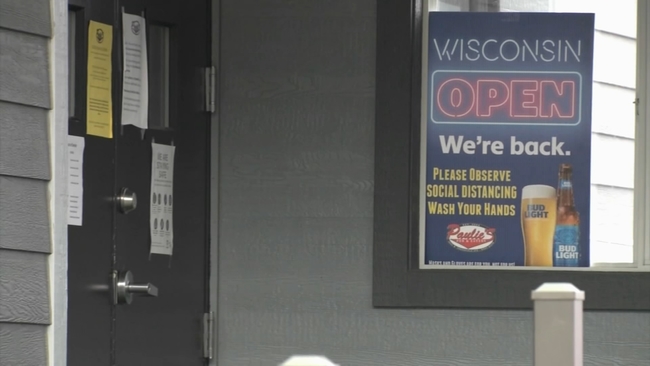