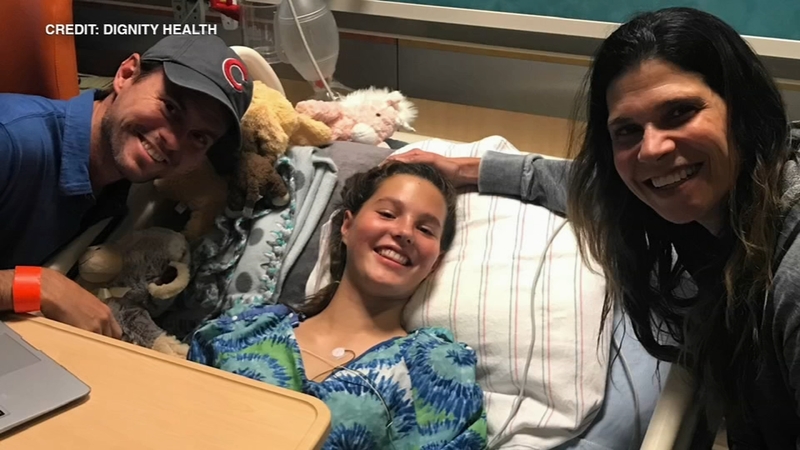 Norah Denahan traveled out west for the surgery, and now she's back in Chicago and training to become a life guard.

The 15-year-old is happy to fit in with her friends in lifeguard training, running through the drills. It's a stark contrast to a few months ago when she was learning how to walk again due to a growth at the base of her brain.

"At the time they deemed it inoperable, no treatment for it," said Farah Denahan, Norah's mother.

Norah had just started her freshman year at Walter Payton College Prep when she got what she thought was a migraine headache. But within a day or so, Norah said she was unable to move her left side.

A week later, she suffered a potentially life-threatening hemorrhage, leaving her family with the choice of risking another or undergoing an incredibly risky surgery to try to remove the growth.

"Nobody would tell me, they didn't want to scare me," Norah recalled.

But her family was definitely scared. They had to travel to Arizona to find a doctor who would perform the surgery.

"These are very rare lesions," explained Dr. Michael Lawton of Barrow Neurological. "They affect a fraction of one percent of the population. Particularly rare in children, and in the brain stem."

"It was very stressful. I was watching all my friends' lives go on around me and I was stuck," Norah said.

The surgery lasted six hours, but they were able to remove the entire growth.

"There were so many things that could have gone wrong," Farah said. "Paralysis, brain damage; to hear him say that was the most emotional moment we've ever had."