'(I) want them to know there's some good things coming out of Englewood,' Mayfield's father said
WLS
By Jesse Kirsch 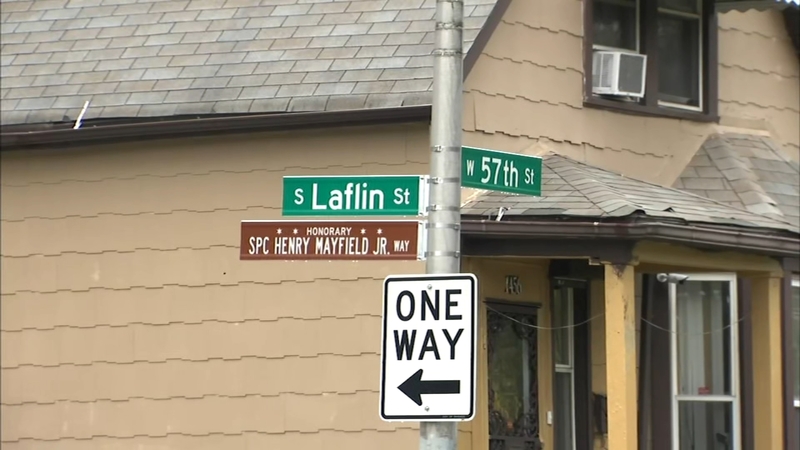 CHICAGO (WLS) -- Dozens gathered Sunday on a corner in Chicago's South Side Englewood neighborhood to honor a soldier who made the ultimate sacrifice.

The ceremony was held on the street where Mayfield grew up, a place with generational roots for his family.

Chicago's Englewood community is honoring a soldier from Hazel Crest who was killed in a terrorist attack in Kenya last month.

Mayfield and his family later moved to suburban Hazel Crest.

On Sunday, his father called this a proud moment, but it's of course bittersweet, too.

"He wanted to make some good in the world, and he set out to do that, and he gave his life doing that," Mayfield Sr. said.

Mayfield was one of three U.S. soldiers killed by terrorists in January at the Manda Bay Airfield in Kenya.

Now, instead of celebrating his 24th birthday, Mayfield's family and community are memorializing a young life ended too soon.

"This is very special. My nephew is a local hero," Mayfield's Great Aunt Victoria Overton said.

Alderman Stephanie Coleman of the 16th Ward said she hoped the street sign serves as an inspiration.

"I hope that a young person who's right down the block or walking down the block would look up and see his name and say 'I want to be like him,'" Coleman said.

"(I) want them to know there's some good things coming out of Englewood," he said.