Hinsdale board votes to eliminate some sports, increase class sizes 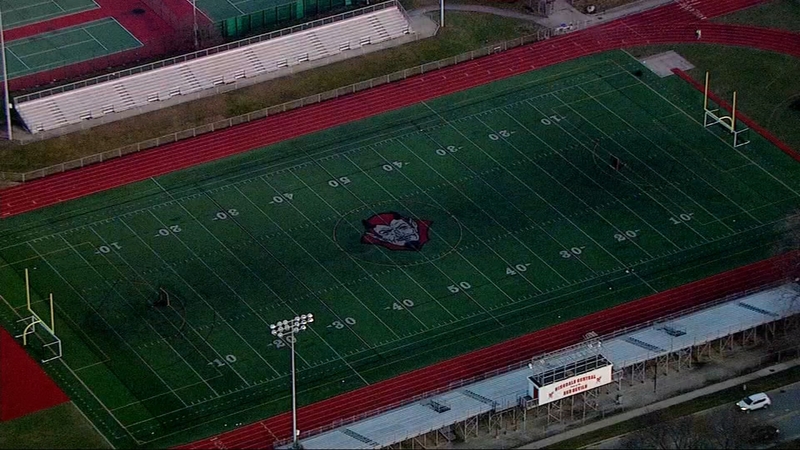 Hinsdale board votes to eliminate some sports, increase class sizes

HINSDALE, Ill. (WLS) -- Hinsdale High School District 86 schools will not have football and three other sports starting next year after the school board voted Monday to eliminate them to address a budget shortfall.

The other sports to be eliminated are wrestling, swimming and water polo.

The school board also said class sizes would increase at the Hinsdale Central and Hinsdale South campuses starting with the 2019-20 academic year.

Last month, a $166 million bond referendum to pay for renovations at the two schools in the district was rejected by voters.

Families in School District 86 had been bracing for the fallout from the failed referendum. The school board vote to cut the athletic programs, eliminate staff positions and scale back busing hopes to free up money for pressing infrastructure repair.

"There were some past boards who made poor decisions and kicked the can down the road, so that's what got the district into this unfortunate circumstance," said Kari Galassi, who serves on the referendum committee.

Galassi and her committee lobbied to get the referendum passed in November. She said she'll campaign even harder for a new, $130 million referendum that will go on the ballot in April. If approved, the cuts could be reversed.

Robert Hogan, a parent in School District 86, hopes the threat of the cuts will generate more support for the referendum.

"It was pretty clear that in the community there are some that view this strictly as a tax increase. Others viewed it more of an investment," Hogan said.

Sean Kelly and Hayden Waters, both defensive linemen at Hinsdale Central, said they'll do what they can to lobby voters to support the referendum.

"It keeps us busy and keeps us driven. Without football, most of the team's work ethic wouldn't be there," Kelly said.

Lauren Keating, a senior on the swim team which is also on the chopping block, also hopes the cuts can be avoided.

"I just feel so bad because I've had such a great experience on the swim team and on the water polo team and the thought of kids not being able to have that experience is just so tragic," she said.

Superintendent Bruce Law agreed that taking away resources for students would negatively impact their experience.

"These cuts will have to be in effect until the board has fixed the facilities, and we think that will take five years," Law said.