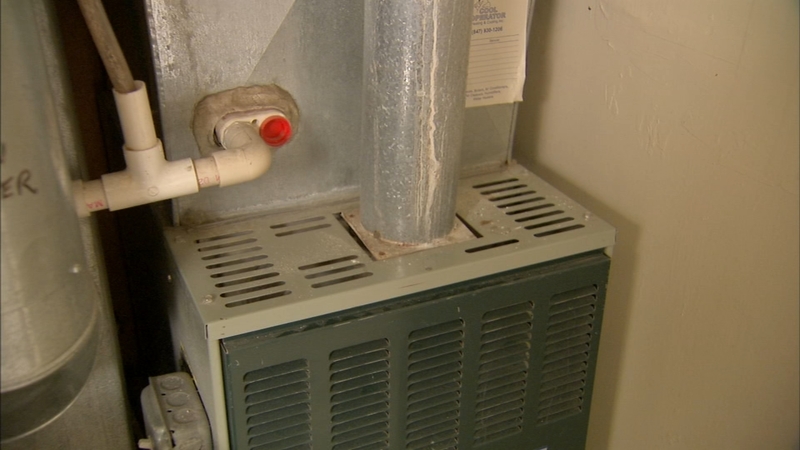 ST. CHARLES, Ill. (WLS) -- Are home warranties really worth the money? It's a question one St. Charles woman is asking after waiting on a new furnace for five weeks.

She says she thought her home warranty had her back, but when they didn't deliver, she called the ABC7 I-Team.

Last month, Dorothy Dee says she woke up to a very, very cold house. She went downstairs and realized her furnace stopped working.

Dee said she had the home warranty because she could not afford a new furnace.

"I thought it would get fixed pretty quickly," she said.

Dee said she called her home warranty company, Home Warranty of America. She said they came right out and told her it would take about a week for them to replace it, so Dee waited and waited.

"So then I started calling every day and they would say the same thing, it's waiting on manager's approval," she said.

She said someone finally called her back saying it was on order, but Dee said she was told by the company that it was going to cost her more than $800 to replace it. She said she already paid $49 for the policy.

Dee said she didn't have much of a choice, so she waited another couple of weeks.

"I would say to them it's really cold, I really need my furnace fixed," she said.

And when she couldn't get help, she called the ABC7 I-Team.

"I did feel like you guys could help me," Dee said.

After taking a closer look into Home Warranty of America, the I-Team discovered hundreds of complaints, including a Facebook page dedicated to customers with similar issues.

A spokesperson for the company responded saying, "Home Warranty of America serves hundreds of thousands of homeowners across the US, and we consider our customer service to be of the utmost importance. In Ms. Dee's case, we have come to a mutual understanding that ensured her needs were met, and her furnace should be installed soon. We apologize for any inconvenience to Ms. Dee and look forward to continuing to serve our home warranty customers in the future."

Dee said it made her feel "Fantastic" and she's no longer being charged the $800 to replace the furnace.

A happy consumer with a new furnace.

"I would recommend anyone who had a problem to call the ABC 7 team. I cannot believe how quickly you contacted me-it made a huge difference," Dee said.