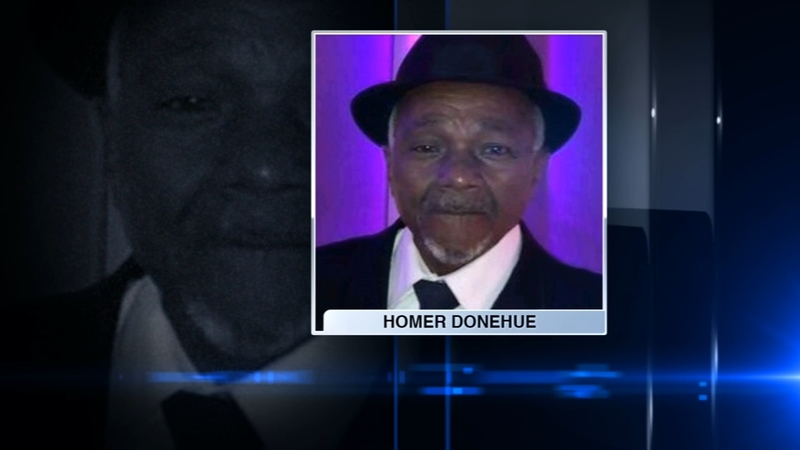 CHICAGO (WLS) -- An 82-year-old Chicago man who was shot two weeks ago while walking his dog in the city's West Chatham neighborhood died Sunday.

No one has been charged in the fatal shooting of Homer Donehue, who lived near 82nd and Wentworth for more than 40 years. He died at the University of Chicago Hospital.

On July 12, he was an apparent innocent bystander in a shooting that may have targeted two people standing behind him. The shooter fired several rounds.

Late Sunday, there was a renewed push to find the shooter.

"It hurts like hell watching him take his last breath," said community activist Andrew Holmes, who is related to Donehue by marriage.

Donehue, who had great-great-grandchildren, was married to his high school sweetheart for more than 50 years. He was known as the "mayor" of the West Chatham neighborhood.

Surrounded by some of Donehue's family, Holmes called the shooting death senseless and called for the gunman to turn himself in.

"Just pick up the phone and let someone know who discharged that weapon," Holmes said.