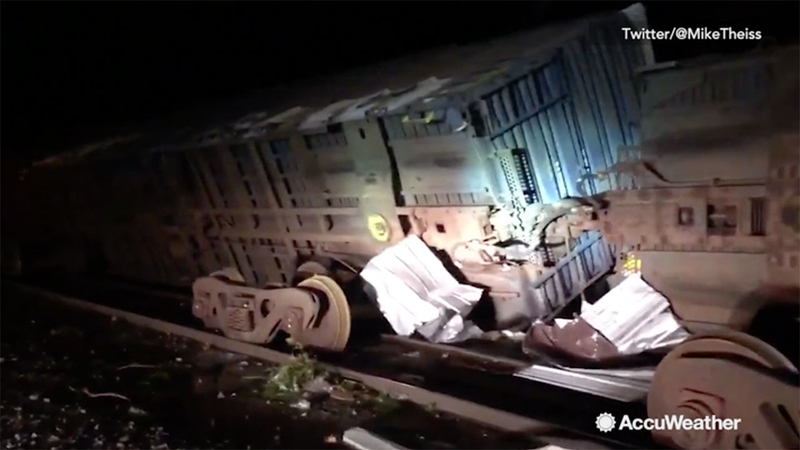 Storm chaser Mike Theiss happened upon the derailed train in Panama City, Florida, on Wednesday evening, according to AccuWeather.

"That takes some pretty serious wind to do that," Theiss remarked in a video posted to Twitter.

Theiss said he encountered downed trees and debris all over the roadway while he was trying to leave the city in the aftermath of Hurricane Michael, the strongest storm on record to hit the Florida Panhandle.

Some of the worst damage was in nearby Mexico Beach, where the hurricane crashed ashore Wednesday as a Category 4 monster with 155 mph winds and a storm surge of 9 feet. Video from a drone revealed widespread devastation across the town of about 1,000 people.

Aerial footage shows the extent of Hurricane Michael's destruction in and around Panama City, Florida.