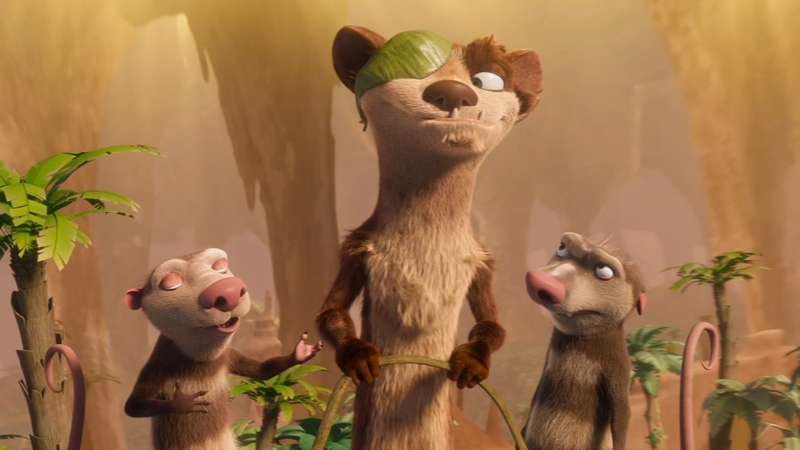 CHICAGO (WLS) -- The Ice Age Adventures of Buck Wild puts a wily weasel in the starring role of the sixth chapter of the popular franchise which debuts on Disney+ Friday.

Simon Pegg first voiced the title character in the third movie of the animated series.

"He's just so much fun to play, he really is a riot because he is full on, 100% energy, he's cheeky and he's crazy, and as an actor it is really fun to play a character that is that kinetic, I just love him," said Pegg.

This time the film returns to an underground cavern full of dinosaurs.

"Part of the success of the Ice Age franchise which has been going for 20 years now, is that it deals with, ironically, very human characters, even though they're all prehistoric animals, they embody the traits of every family in the world," Pegg said.

Pegg said voicing an animated character can be challenging.

"It's a whole different ball game, you're basically using only one facet of your performance, so it's all about the voice, so in that regard it's a very challenging discipline I'd say, but I love it, I really enjoy doing it," he said.

Pegg is an English actor but he says he can't wait to come back to Chicago for a visit and some pizza.