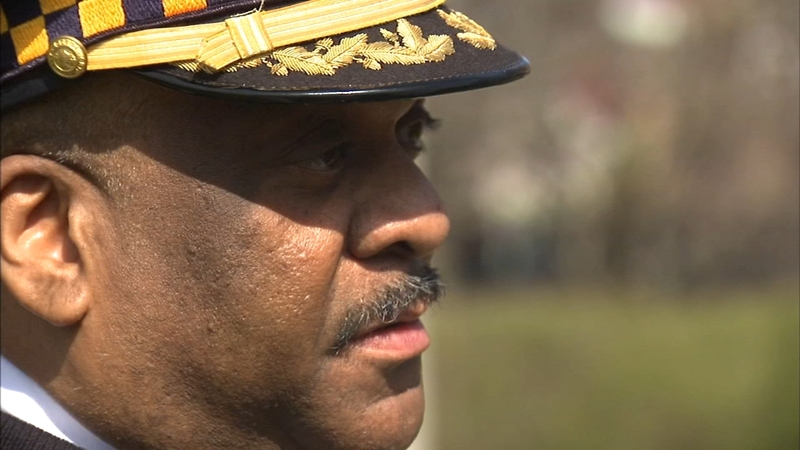 CHICAGO (WLS) -- From the time Chicago Police Department Superintendent Eddie Johnson opened his window an inch or two, there was an "incompetent investigation" by his own officers according to Chicago Inspector General Joe Ferguson. His report revealed Friday that seven sworn CPD officers are being disciplined; from rookie patrolmen to a veteran commander.

When then Superintendent Eddie Johnson was found curled over his steering wheel a year ago, it took him almost 45 seconds just to produce his I.D.

Johnson had been asleep, idling at the Deering District intersection long enough for somebody to call 911.

He had consumed the equivalent of ten alcoholic drinks according to the newly released inspector general's report; and his condition should have prompted a sobriety test.

"Multiple sworn CPD personnel failed to effectively carry out their duties" the IG concluded..."knowing he was unfit to drive."

In other words, Johnson got a break because of who he was and officers "brought discredit on CPD."

According to the IG, several police higher-ups tried to cover for Johnson, including a lieutenant who is said to have lied during the IG's interview. He was recommended for termination but police superintendent David Brown imposed a 21 day suspension for him and reserved the longest suspension, 28 days, for district commander Don Jerome, the highest ranking official disciplined. Jerome has been with CPD for 26 years.

Eddie Johnson paid the stiffest price though termination and humiliation.

Former federal prosecutor and ABC7 legal analyst Gil Soffer says this is likely the end of the Johnson saga.

"On the minus side you had seven officers who are called one way or the other and who have been disciplined and obviously it involves the top level of the department so those are clearly knocks on the department. On the other hand, it looks like the department is going to implement some process changes as a result of this, and implement new training, and even change how officers are paired with one another so that a more experienced officer is joined by a less experienced officer," Soffer told the I-Team.