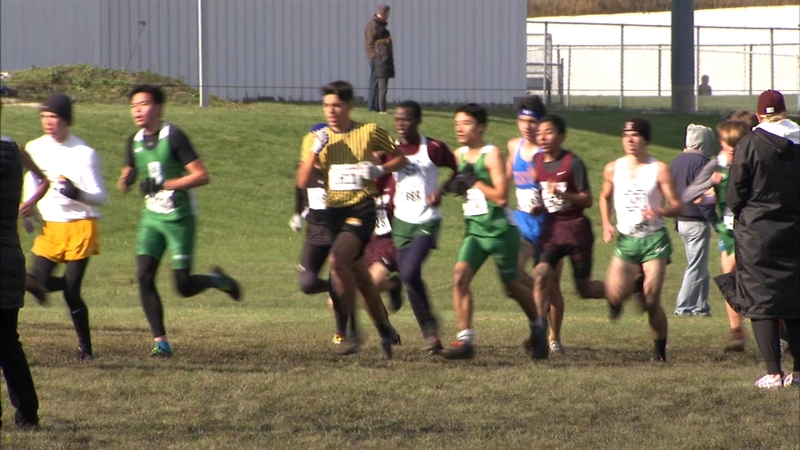 CHICAGO (WLS) -- Cross country runners affected by the Chicago teachers strike are waiting to hear whether or not they will get to compete in Saturday's state competition.

Their seasons hang on a judge's decision after the Illinois High School Association filed an appeal to a judge's emergency injunction that allowed runners from six schools that filed for a temporary restraining order to compete in sectionals last weekend.

Three runners for Solorio Academy ran well in the sectional meet to qualify for the state cross country meet this weekend.

"We've been working since four months for this one race, the state," said Jasmine Reyes, runner.

They're running for personal records, as well as for scholarship opportunities. The judge's last minute ruling was necessary to get the runners into sectionals, as the teachers strike caused them to miss a qualifying meet. But the IHSA is now appealing that ruling, which could suddenly cancel their trip to state.

The IHSA said the appeal is nothing personal against the runners, but that they have to protect the legal precedent.

Ironically, Solorio Academy's soccer team, which is ranked first in the state, wil not be able to compete in the state championship this weekend regardless. The IHSA refused to allow them to compete because the strike forced them to miss first round games.

The IHSA did grant an exception for CPS football teams to allow them to practice during the strike and therefore remain eligible to compete in state championships.

"It's a gut punch," said Adrian Calleros, Solorio soccer coach. "So much time, so much effort."