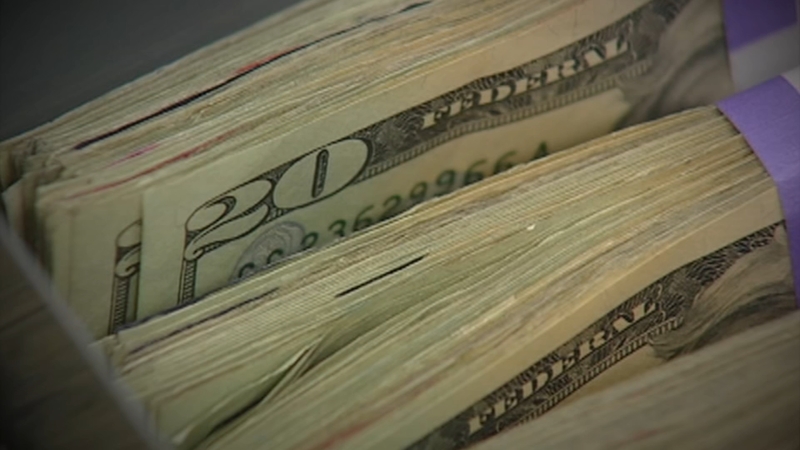 Illinois (WLS) -- A Pilates instructor who had to close her Chicago business because of the pandemic has been unable to access the unemployment money she needs after a portion of it got stuck on a debit card.

"It's sitting there ready to be sent to me but they cannot update my address," said Ines Aguiar.

Aguiar had to close her Old Town studio in March 2020, in the early days of the COVID pandemic. She filed for unemployment and was issued a Key Bank card, on which the state deposits money. But the card never arrived, so she switched her payments to direct deposit.

More than $10,000 in unemployment benefits is still stuck on that bank card, which she still could not get to.

"It could save my life, I need that like for reopening my business," she said. "It changes everything. I'm struggling."

Aguiar has since moved to California, where she's hoping to open a new studio. In an attempt to get the money sent to her there, she changed her address in the Illinois Department of Employment Security's portal, but said Key Bank told her that it's up to IDES to change the address in their system before the bank to will send out the card.

Aguiar said she's called IDES dozens of times and they claim her address has been updated.

"They really believe it's done, say 'it's done, you just call Key Bank because your address is already updated'. But it's updated on IDES site and doesn't get to Key Bank. This guy from Key Bank said 'There's a lot of people going through that'," Aguiar said.

The I-Team contacted IDES and Key Bank. A few days later, Key Bank told Aguiar and the I-Team that her address was successfully changed by the state and they were immediately sending out her card. A day later she sent us a picture, bank card in hand.
If you're having an issue getting an answer or resolution form IDES see if your problem qualifies for an in-person appointment, which you can make online. You can also reach out to you state legislators and see if they can help you get results.