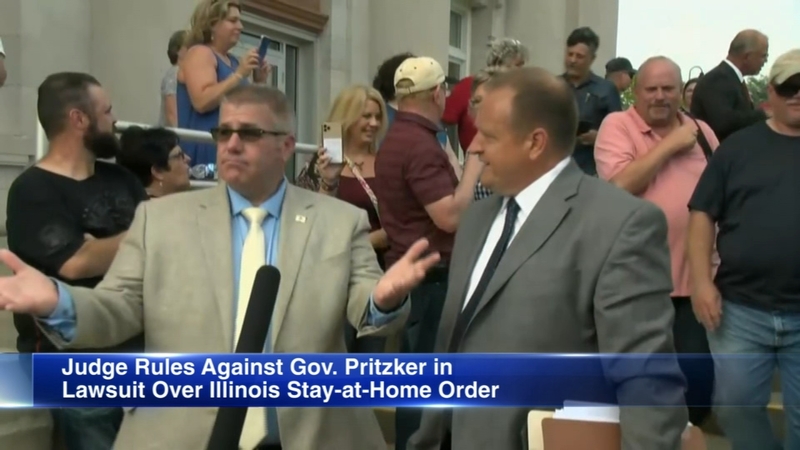 CHICAGO (WLS) -- A Clay County judge has ruled Governor JB Pritzker did not have the authority to extend Illinois' public health disaster declaration longer than its initial 30 days of business closures.

The lawsuit was filed by downstate Rep. Darren Bailey, who claimed the governor exceeded his authority by shutting down non-essential businesses during the pandemic.

The governor's office said they would appeal the ruling. A spokesman for Illinois Attorney General Kwame Raoul said, "We are reviewing the order and evaluating our options."

The judge who ruled Thursday is the same judge who granted Rep. Bailey a temporary restraining order applying only to himself, exempting him from Pritzker's stay-at-home order.

Pritzker had previously sought to have the case removed to federal court, saying it raised constitutional issues. It was heard in state circuit court instead.

It was not immediately clear how this ruling would effect the state's reopening process. Illinois is currently in Phase 4 of the Restore Illinois plan.