Will new changes to Illinois' unemployment filing system be enough? 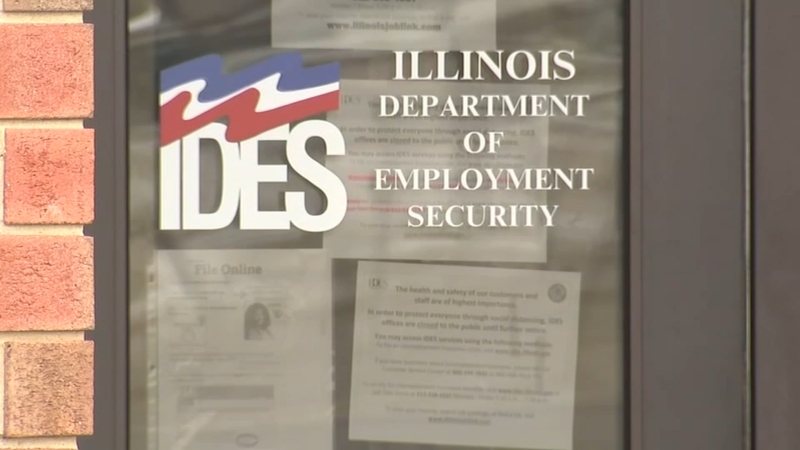 Coronavirus Illinois: Will new changes to the state's unemployment filing system be enough?

CHICAGO (WLS) -- More changes and improvements to Illinois' unemployment system will include a new call center and hundreds of new agents to take calls. But is it enough?

Ruby Conners has been a home health care provider. At the age of 66 with preexisting conditions including diabetes, Conners said she's no longer able to work with the threat of COVID-19.

She filed for unemployment and showed ABC7 a letter saying she was approved on March 15.

She received another letter, saying there was a problem with her retirement and disability issue. It's something Conners believes can be worked out over the phone, but she can't get through after countless calls.

"You go through this automated system and you get nobody," she said. "I've been doing this for weeks. So yesterday, I faxed the letter they sent me."

Conners said she just wants to speak with a real person to iron out the issue.

The I-Team asked Gov. JB Pritzker about the issues on Wednesday.

On Thursday, he announced 100 more call center agents to start next week, with 100 more to follow.

"We are asking people to utilize the website as much as possible. We have added a lot of upgrades on the website," said Sam Salustro, a spokesperson for the Illinois Department of Employment Security.

Salustro said only people with complex issues like Conners should be calling in.

He also said IDES will have more unemployed people filing online Monday, with the expansion of a federal program. It allows contracted and self-employed workers to file for state benefits, and an extra $600 in federal money per week.