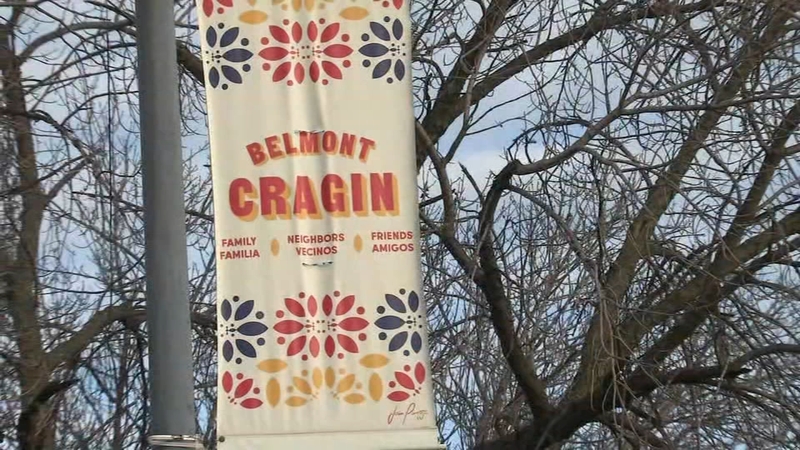 CHICAGO (WLS) -- At the beginning of the pandemic, Belmont Cragin had the highest COVID-19 rates in the state of Illinois. Now, with the help of organizations like Northwest Center Housing, it has the highest vaccination rate of all neighborhoods of color in Chicago.

"We are excited to announce all our efforts have led to an 84.5% vaccination rate in Belmont Cragin," said Nancy Valentin, with Northwest Center.

The neighborhood became the model for the Protect Chicago Plus Program, a city effort to bring the vaccine directly to communities most impacted by COVID. In September, Mayor Lori Lightfoot announced a goal to get 77% of residents 12 and older in all 77 of the city's neighborhoods vaccinated with at least one dose by the end of the year. Monday, she said that effort has paid off early.

"By the end of the Thanksgiving week, we will reach the goal, 30 days early," she said.

The mayor said accomplishing this did not work with a one-size-fits-all approach. Instead, the city provided weekly data to community organizations like Northwest Center, and let them lead the way.

"It was really good to have the city's attention early on and being able to inform them on the work that was happening," Valentin said.

While the 77% goal has nearly been reached, Lightfoot said it's no time to take a victory lap.

"We are still seeing, unfortunately, the same cycle where whites and Asians are getting vaccinated at higher rates than Blacks and Latinos," she said. "We have to reverse that trend."