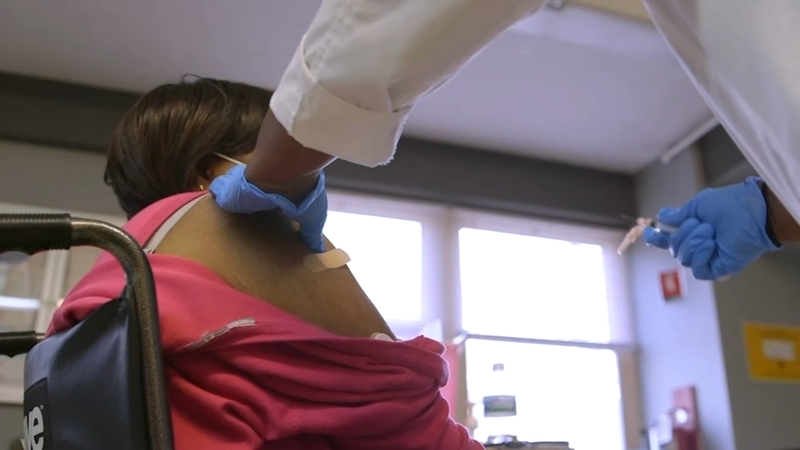 CHICAGO (WLS) -- Illinois will move into the Bridge Phase of reopening on May 14 and could fully reopen as soon as June 11, Governor JB Pritzker announced at a press conference Thursday afternoon.

Governor JB Pritzker announced Thursday dates for when Illinois will move forward into the Bridge Phase of reopening and Phase 5.

In a statement, Chicago Mayor Lori Lightfoot said the city will follow suit and move to the city's Bridge Phase on May 14, which broadly follows the same guidelines.

Governor Pritzker said the number of new cases and hospitalizations has leveled off, enabling the move into a less restrictive tier of reopening.

A week from Friday, Illinois will move into its Bridge Phase of reopening, Gov. JB Pritkzer said.

"We believe that we will look good in terms of getting to the bridge, and again fingers and toes crossed. We will also go on to the final phase by, you know, four weeks later," said Dr. Ezike.

The move into the Bridge Phase will allow for greater capacity limits at bars and restaurants as well as events such as weddings and festivals.

As part of the Bridge Phase, officers, personal care, retail, museums, theaters, health and fitness classes and amusement parks can operate at 60% capacity. Festivals and general admission outdoor events can have up to 30 people per 1,000 square feet. For social events, including wedding, 250 people are allowed inside and 500 outside.

Minor league baseball game capacity will be doubled, which is exciting news for the Kane County Cougars. Their spring training started Thursday, and their first game is May 18.

"It gives us gives us the opportunity You know, to get more people in here to enjoy the ball game and I think there's a lot of people out there just dying to come to a ball game for sure after what's going on in the past year," said Curtis Huang, the team's general manager.

Governor Pritzker said Illinois will move into Phase 5, which removes nearly all COVID restrictions, as soon as June 11, barring a resurgence. All health metric

"Whenever we reach Phase 5, we will continue to follow CDC guidelines on masking to keep this pandemic at bay," Pritzker said.

The governor also announced a shift in vaccination strategy Thursday, with vaccines being given to more doctor offices. Pritzker said more than 1,000 offices have signed up to give vaccinations and pediatric doctors are also signing up for when vaccines will be available for children.

This comes as Chicago goes full steam ahead with the goal to fully re-open the city come July 4.

Mayor Lightfoot is bringing back the Chicago Auto Show and several arts and entertainment events for the summer.

Within the past 24 hours, laboratories have reported testing 96,296 specimens for a total of 23,103,484since the pandemic began.

The preliminary seven-day statewide test positivity from April 29-May 5, is 3.8%.

Vaccine side effects: Why women are mistaking swollen lymph nodes for breast cancer

As of Wednesday night, 2,055 patients in Illinois were reported to be in the hospital with COVID-19. Of those, 483 patients were in the ICU and 243 patients with COVID-19 were on ventilators.

Cook County Health is expanding hours at several mass vaccination locations. Starting May 11, the following five sites will be open from 8 a.m. to 8 p.m. Monday through Friday and 8 a.m. to 6 p.m. on Saturday: