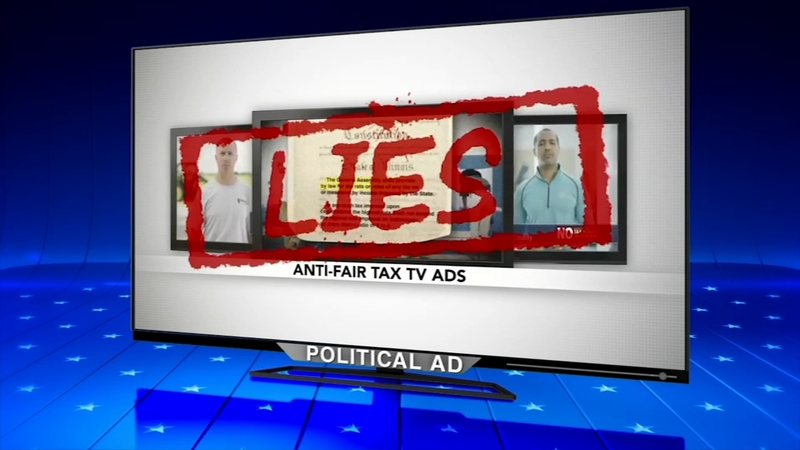 Pritzker hit the polls on Tuesday encouraging voters to pass what he branded the "Fair Tax" amendment. Changing the state income tax from a flat rate to one based on income is something Pritzker ran on and sunk over $54 million of his own money to get passed.

But voters were against replacing the current flat tax rate with a graduated rate designed to have those who make more, pay more.

"While the 'Fair Tax' would have helped address the budget crisis with the least damage to working families, the millionaires and billionaires opposed it to protect their own wallets," Pritzker said.

Pritzker blamed the amendment's failure on lies he said opponents told the public about what would happen with the tax. Others said the amendment failed over trust.

"This was really a referendum on trust in Springfield in government," said David Greising, president and CEO of the Better Government Association. "And in turns out, voters don't trust Springfield too much."

With 71 percent voting yes, Chicagoans overwhelmingly supported the amendment. But, the "yes" votes kept dropping further away from the city. In suburban Cook, 53% voted "yes," 42% in the collar counties and dropping to only 33% downstate.

Many said the amendment may have passed had Gov. Pritzker tied it to pension reform or cost cutting.

Pritzker said his administration has reduced waste and inefficiencies in state government. But the governor says the amendment's failure may mean even more cuts to education and public safety.

"There will be cuts and they will be painful," Pritzker warned. "And the worst thing is the same billionaires who lied to you about the 'Fair Tax' are more than happy to hurt our public schools."

Gov. Pritzker was taking aim at billionaire Ken Griffin, who also dumped millions into an public campaign to successfully derail the amendment.