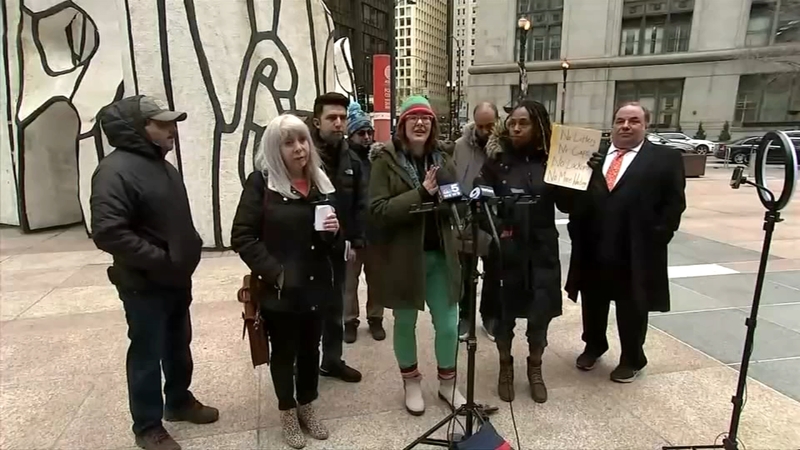 CHICAGO (WLS) -- A rally at the Thompson Center Tuesday called for a fairer process to get a marijuana dispensary license in Illinois.

"We are tired of waiting. No more caps, no more lotteries, no more games," said Jose Lumbreras of True Social equity in Cannabis.


The organization called for the rally after Governor JB Pritzker announced a new lottery for licenses for those impacted by aggressive marijuana laws. Organizers say they don't want a lottery to decide who can create a cannabis business in their neighborhood.


"I think it's a great start to addressing some of the harm caused by the war on drugs and those harmed by the original process. I think the 55 for $250 is a good start, but we are far from equity," said JR Fleming, community organizer.

"The goal of filing this application was to create generational wealth so I can bring back opportunities to the community that I live in," said Apriel Campbell, community organizer.