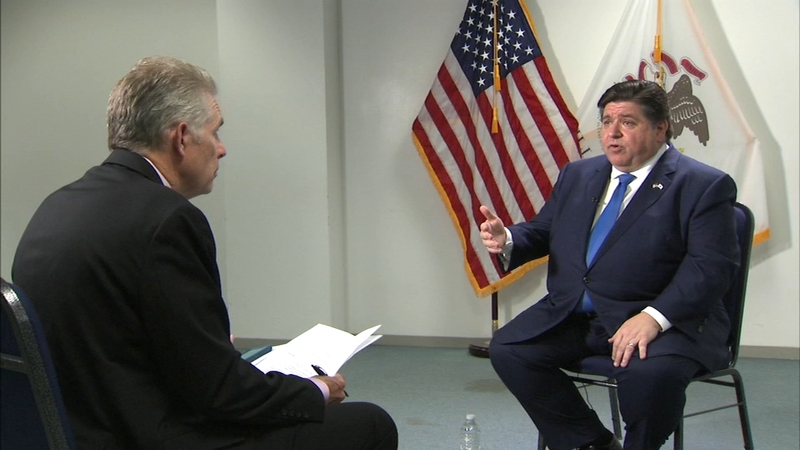 The district boundaries account for population changes in the state, particularly in the regions that saw the most population loss as recorded by U.S. Census' American Community Survey, the governor's office said.

Republicans said they felt shut out of the process and were critical of Democrats' use of the American Community Survey data.

Senate Minority Leader Dan McConchie previously berated the governor for statements in which the Democrat backed away from a 2018 campaign pledge to veto a Census-driven remap authored by legislators or political party leaders.

Democrats, who hold supermajorities in the House and Senate were pushing to get the maps done to meet the June 30 deadline.

If they hadn't, it would've set in play a process that would give Republicans a chance to control the remapping.

"With Governor Pritzker's signature, people of Illinois can be confident in a legislative map that is reflective of the diversity that we see in every corner of our state. Not only does this map adhere to state and federal laws, but it is a product of more than 50 public hearings where citizens came to tell us what their communities look like to them. We also have new Illinois Supreme Court boundaries for the first time in more than half a century that accounts for population change and demographic shifts, as well as a new map for the Cook County Board of Review ensuring more equal representation for taxpayers in those districts," he said in a statement. "I am so proud of Leader Lisa Hernandez, D-Cicero, and the rest of the Redistricting Committee, who worked tirelessly to make sure that Illinois remains a model for the nation for minority representation."

Illinois is expected to drop from 18 to 17 Congressional seats due to population declines.