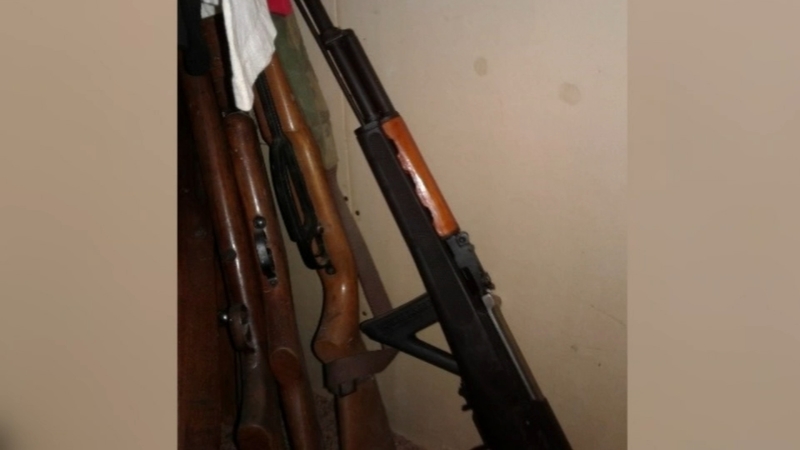 CHICAGO (WLS) -- The group calls itself the White Rabbit Militia. From their hideaway south of metro Chicago, White Rabbit militiamen were stockpiling an arsenal of automatic weapons, bombs, and bullets, preparing for a violent revolution against the federal government according to newly filed court documents. U.S. law enforcement describes the rural Illinois-based group as a "paramilitary terrorist organization" targeting anyone they didn't like or disagreed with.

Michael Hari is the accused leader of the White Rabbits according to federal agents. The 49-year-old is from downstate Clarence and is charged with leading a posse of heavily armed central Illinois militiamen to a Minnesota mosque.

RELATED: Illinois to get first shot at accused mosque bombers

As the Muslim faithful gathered at sunrise for morning prayer, Hari and his gang are said to have detonated a 10-pound black powder pipe bomb; causing extensive blast damage; according to the late court filing, "All because Hari and his men hated Islam and wanted Muslims out of the United States."

All but Hari have pleaded guilty.

Hari is due to stand trial in Minneapolis on November 2nd.

New photos from prosecutors show the Illinois militia's tactical gear, complete with their juvenile logo: "Ain't no fun when the rabbit got the gun..."

Hari is accused of backing up his words with weaponry according to authorities: the explosives and fully-automatic rifles; communications equipment including devices to jam cell phone signals.

All of this came down in 2017 and early 2018. The government says they eventually cracked the Minnesota mosque bombing when an anonymous tip led them to an abortion clinic in Champaign, the scene of an attempted firebombing, by the same militia group.