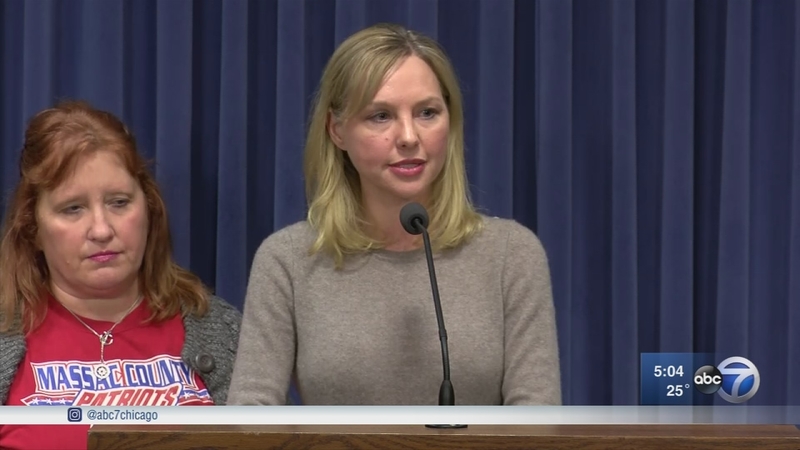 CHICAGO (WLS) -- An activist who said she was harassed by State Senator Ira Silverstein is speaking out after the legislative inspector general determined that Silverstein's comments to were inappropriate, but not harassment.

Denise Rotheimer accepts the conclusions of the report, but not how her claims were investigated. She said the legislative inspector general's report sets up a narrative of victim blaming.

"The accused has all the rights and the whole process is designed to protect the accused," Rotheimer said.

It's a process Rotheimer regrets going through after accusing Silverstein of inappropriate behavior while working with him to pass a bill. On Monday, the victims' rights advocate blasted the inspector general's report that concluded Silverstein's behavior was unbecoming of a legislator, but not sexual harassment.

"I'm not here to debate her decision, I'm just here to say the public deserves to have a complete record of a full investigation," Rotheimer said.

"There are many flaws, circumstances of victim blaming, omissions, inconsistencies and contradictions in Porter's report which can be proven with documented evidence," Rotheimer said.

In a written statement, Porter responded, "I fully considered all of the information Ms. Rotheimer chose to provide to me, as well as extensive additional information supplied by 19 other witnesses. I stand by my report (which is a summary, not intended to convey every detail I examined) and its conclusions."

Rotheimer joins a growing chorus of women in Springfield who say the process to report harassment claims must be reformed. State Representative and Republican gubernatorial candidate Jeanne Ives agrees the system gives more rights to the accused than the accuser.

"What my problem is the legislative ethics committee refused to ask Denise Rotheimer to testify," Rep. Ives said.

Complaints filed against state lawmakers are supposed to be taken up by the Legislative Ethics Commission. Critics say the process is often secretive.