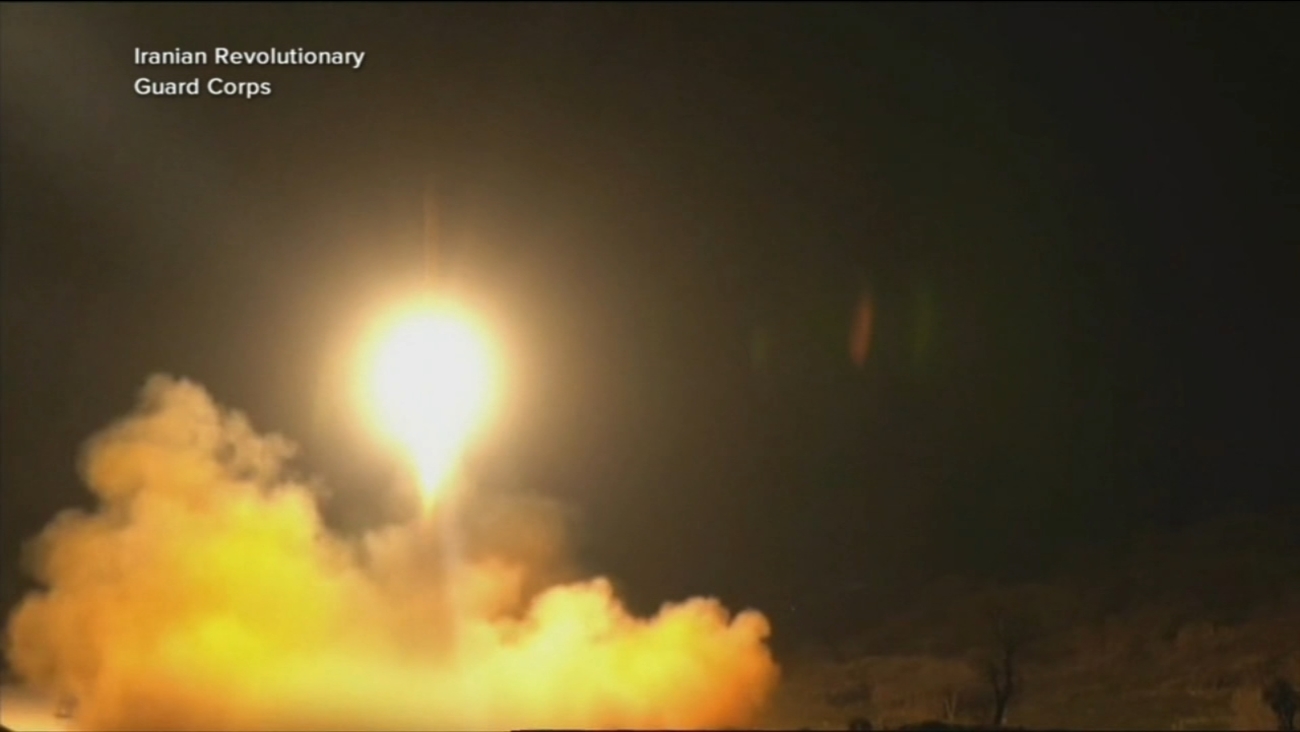 Chuck Goudie and the I-Team report that missiles haven’t been the only offensive weapons coming from Iran this week. Authorities report thousands of attempted cyber-attacks traced

CHICAGO (WLS) -- For days American military and intelligence officials believed that Iran's retaliatory attack on the U.S. would be two-pronged: the missiles that were indeed fired Tuesday night at two bases housing U.S. soldiers and a companion cyber-attack on U.S. computers.

The missile attacks happened, but took no lives and did little damage. And since the weekend a concentrated cyber-effort against some U.S. computer systems has also been detected, although there haven't been reported outages or takeovers.

The military part of the Iranian attack was obvious and evident: up to two dozen short and medium range missiles fired from mobile platforms in Iran to two sites in Iraq where U.S. troops are stationed. American command teams on Wednesday were still sorting through the shrapnel and missile parts. Battlefield damage inspectors were also examining these satellite photos showing an Ain al-Asad base airport before the attack, and after, with two aircraft hangars blown up.

President Donald Trump on Wednesday dialed back talk of a military response by the U.S. and said more economic sanctions against Iran would be the nation's response.

At least standing down from further missile attacks.

Attempted cyber-attacks emanating from Iran may be another story.

Texas governor Greg Abbott has revealed up to 10,000 attempted computer attacks per minute from Iran during a 48 hour period following the U.S. drone assassination of top Iranian general Qassem Soleimani.

"These attacks from Iran-based entities, as well as other entities across the globe, are going to continue," said Abbott, a Texas Republican. "I think it's very important that everyone be particularly vigilant right now about what may happen out of Iran."

In Illinois, the state police terrorism intelligence center monitors computer hacking attempts. The ABC7 I-Team asked state police officials about what's happening in Texas and were that the center, known here as the STIC, "has seen similar incidents...Both in the way of web defacement's of local or county systems and high levels of traffic to government sites."

ISP did not provide the I-Team with any timing for those incidents, any context or any numbers of attempted cyber-attacks coming here out of Iran.

Later Wednesday another Illinois state police official told the I-Team that "national authorities have made it clear that Iran and other actors could target cyber assets" but that they "can't disclose information that is sensitive to the operations of state and local governments."

The I-Team reported on Monday that U.S. defense and homeland security officials were concerned about waves of cyber-terror attacks directed by Iran-backed hackers, based on the fact that they already commenced a digital war on hundreds of targets in the Midwest back in 2018.

Late Wednesday a spokesperson for Gov. JB Pritzker told the I-Team that "the governor is deeply committed to protecting the cyber assets that Illinoisans rely on, and he has directed his administration to monitor the state's cyber infrastructure and work with state agencies and local law enforcement to keep strong protections in place."

"The administration includes some of the nation's most highly regarded cyber security experts, who have been on board since the early days of the administration to address concerns about cybersecurity," spokesperson Jordan Abudayyeh said.

Among the top officials of the Pritzker administration are Adjutant General Richard Neely, a Master Cyberspace Officer. Neely was the National Guard Bureau's Principal Deputy Director for Air Operations, where he oversaw Intelligence, Air, Nuclear, Cyber and Space Operations.