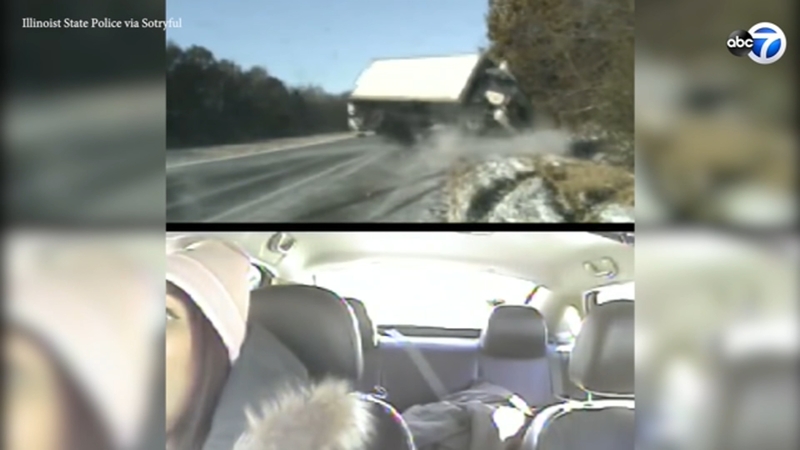 Last Tuesday a truck lost control and slid across an icy Interstate 64, coming within inches of where the three were positioned.

RELATED: Shakeup could change rules for how often truck drivers take breaks: What you need to know

The troopers were changing a tire for the motorist at milepost 101 near Wayne City when the truck came barreling by.

Officials posted the terrifying dashcam video on their Facebook page, calling it a "miracle on ice."

In the video you can hear one of the troopers yell, "watch out" as he pulled the woman out of the way.

All three escaped without injury, according to officials.

The driver was cited for failure to reduce speed to avoid a crash. The post added that this was not a Scott's Law violation, stating that the truck driver had already moved over to the left lane.

Officials continue to remind drivers to slow down and move over when you see vehicles on the shoulder of the roadway with their lights on.