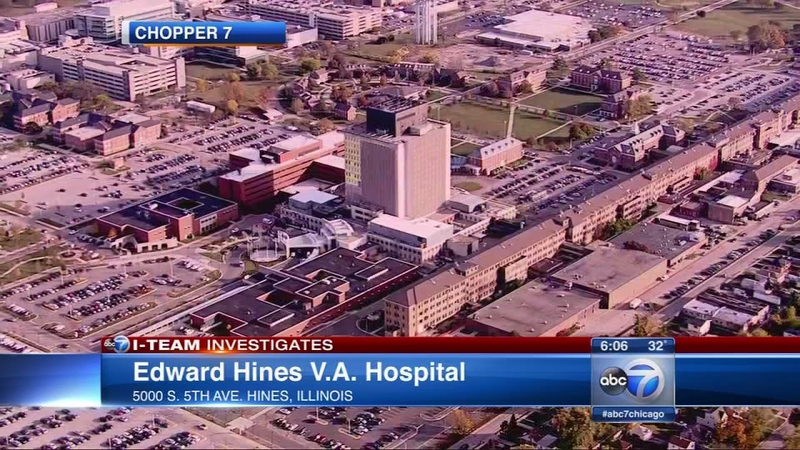 President Barack Obama signed milestone legislation Friday that is expected to bring reforms at veterans' facilities, including at Hines Veterans Hospital in suburban Maywood where the I-Team first reported two years ago about corruption and abuse.

The legislation, sponsored by U.S. Sen. Mark Kirk, R-Illinois, aims to halt the issues exposed by the I-Team, and includes veterans dying while waiting for care, corruption in the executive ranks and retaliation against whistleblowers.

Germaine Clarno, president of the American Federation of Government Employees local that represents Hines workers has complained for years about management misconduct and workforce mistreatment, especially retaliation against doctors and nurses.

Under the new law, VA whistleblowers finally have legal protection. The legislation was passed by both the U.S. House and Senate and quickly signed by President Obama.

Dr. Lisa Nee, a former Hines VA cardiologist, has testified at congressional hearings about the revenge campaign against employees who try to blow the whistle on VA wrongdoing.

"Not only are veterans being harmed but your taxpayer dollars are being wasted," Nee said.

Kirk, a 23-year veteran of the Navy reserves, said he pushed for the legislation to protect his fellow veterans. He is chairman of the powerful Veterans Appropriations Subcommittee and led the charge on behalf of VA employees who try to do the right thing.

Under the new law, for the first time, the nation's 200,000 VA doctors and nurses will be fully protected against retaliation if they report misconduct. The law ensures that all VA employees are educated on whistleblower rights and prohibits VA bureaucrats from retaliating against whistleblower employees by giving bad performance evaluations.

In addition to the strongest whistle-blower protection in history, the legislation provides record funding for veteran's care -- more than $71 billion - which Kirk said Friday will provide for high-quality medical care and timely claims processing.